Is menopause as bad as they tell us? For Antonella Gambotto-Burke the answer was no...

Like most women, I was conditioned to fear menopause and all that it represents: decay, invisibility, the end of adventure. My mother, I remember, lost her mind – her rages were gunshots, echoing across the suburban mesa – and girlfriends complained of needing to stick their faces in the fridge lest their heads, like pans of milk, boiled over. One told me that her husband had started sleeping in the other room after she regularly awoke lathered with sweat; another, howling over her expanding midriff (“I look like Marina-era Boris!”), sought refuge in antidepressants.

Menopause, in relation to femininity, was presented to me as a species of iris wipe, that transition found in silent films where an image, in a star or circle, grows increasingly smaller, until it disappears.

I began to menstruate like a werewolf: on the full moon.

I first menstruated during a Sunday night rerun of Trinity Rides Again. “You can have babies now,” my mother said. Imagining myself as a pregnant 12-year-old, I started to cry. I began to menstruate like a werewolf: on the full moon. This was helpful in terms of planning outings, but less so in terms of bedlinen. The volume of blood would have disconcerted even Enoch Powell.

After my girlfriends, giggling, pointed out that my yellow sports bloomers were stained with blood, I stopped high-jumping. And when one of our Alsatians – the dogs, not the Frenchmen – filched one of my used sanitary napkins from the bin and ran around the garden with it, refusing to be caught, I wanted only to die. “Have you had sex?!” my mother shouted when I developed amenorrhea at 13. Replying no – I had never even held a boy’s hand – she promptly escorted me to a gynaecologist, who jammed a speculum in me and probed as my mother watched, wincing.

Inwardly, I raged against this new order, this sudden vulnerability to men and specula. The fact that everything could be forever altered by a single act of sexual recklessness or violation was terrifying. And for the life of me, I could never insert tampons properly. They inevitably jammed halfway up, crushed at a diagonal, causing me to walk as if I had a wooden leg.

What I expected as menopause approached

The fear I experienced as my periods began to fade was, in retrospect, a form of Stockholm Syndrome.

Anticipating mood disorders, weight gain and a plummeting libido, I began to research alternatives to HRT (there are so many complexities involved in its impact that the risks, however small, barely seemed worthwhile to me). As my marriage quietly unravelled, I discovered that the dopaminergic compounds of chasteberry (also known as Chaste Tree or Vitex Agnus Castus), an over-the-counter supplement, help regulate the oestrogen-progesterone ratio, reduce uterine fibroids, and are known to lessen or eliminate the hot flashes that trouble almost 75 percent of menopausal women.

I also discovered that phytoestrogens (plant oestrogens such as chickpeas, lentils, sesame seeds, soya, tofu and so on) incorporate oestrogen-like compounds and are said to bind to receptor sites, creating a non-toxic oestrogen-like response in the body. The phytoestrogenic herb Red Clover, for example, is associated with a marked reduction in hot flashes. Sage tea is said to lessen excess perspiration, and the herb Dang Gui (“female ginseng”), also known as Dong Quai, is renowned for lowering cholesterol, protecting the liver, and for regulating female hormones.

Every morning, I swallowed two Chaste Tree supplements and 3000mg of wild salmon oil, which has been shown to reduce the number, if not the intensity, of hot flashes. I found that Dang Gui had a caffeine-like impact on me, leaving me jittery and unfocused, and so immediately stopped, but the Chaste Tree and salmon oil were miraculous.

My husband eventually moved out. Suddenly, I was free – of him, and of the susceptibility to men that fertility entailed. In time, the sensation became exhilarating. I remember my daughter noting, with an element of surprise, that I seemed awfully jolly. And I remember dancing, laughing, with her around the kitchen to Black Grape and Blondie, the Dandy Warhols and the Sex Pistols. (This was before my husband called in lawyers, which is when the laughter stopped.)

I noted to a friend that I felt like I was eleven again, and I really did.

I bought myself a pink town bicycle and a violet BMX for my daughter, and we rode them almost every day. I steeply increased the protein in my diet (eggs, chicken, beef, black beans), adding greens (broccolini, spinach), flaxseed, seaweed, sesame seeds and lashings of soy sauce, and began to lose the dregs of my pregnancy weight. I began collecting vintage Sass & Bide jeans, which I wore with plimsolls and a tee that read, “born to win”. Emotional volatility, the handmaid of menstrual fluctuation, levelled out, and my energy levels increased. I noted to a friend that I felt like I was eleven again, and I really did; never again would I be crippled by anaemia, cramping, pre-menstrual darkness, or the terror of an unwanted pregnancy.

My body – and my life – were now mine and mine alone.

The closest I ever came to a hot flash was one evening while writing affidavits, when I experienced the slightest increase in body temperature. I remember my surprise, and wondering whether it would accelerate; it didn’t.

Can post-menopausal life be happy?

With the exception of the first five years of my daughter’s life, post-menopause has been the happiest time of my adulthood.

Of course I miss my fall of dark, lush hair and the fat, smooth, collagen-rich skin of my youth (both have thinned). But men have not stopped looking and my romantic life has been more vivid than it has been since I was a careless 19-year-old, perhaps because the fear of pregnancy is no longer hobbling me. My days are unusually frantic – midlife, if you work it, can be the most wonderful crush of commitments and plans – but I could not be more grateful that the days of crooked tampons are over.

In so many ways, the adventure of my life feels as if it’s just beginning.

Antonella Gambotto-Burke’s new book, Apple: Sex, Drugs, Motherhood and the Recovery of the Feminine, is out this year. Follow her on Instagram.com/gambottoburke. 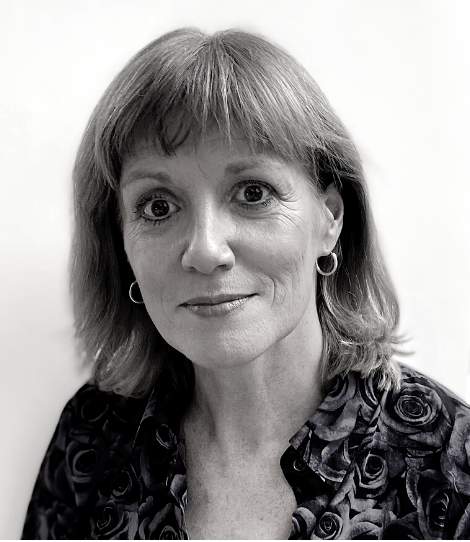