Why do advertisers ignore their best customers?

Women want to see their older selves reflected in ads. Why haven't agencies and advertisers caught on?

Almost half of midlife women believe that they are not represented fairly or authentically by advertising and 44% feel patronised. The other half probably don’t have an opinion because they simply never see themselves.

It’s really not surprising we’re so invisible when only 6% of people who work in advertising are over 50 and the industry hasn’t got the guts to break that figure down by gender. Let’s face it, we all know that 6% are pretty much just the old white guys at the top and the last thing they want is to be surrounded by women who remind them of their first wives.

Or women with the power to change how women are represented.

Only 12% of Britain’s creative directors are female and they’re the people who ultimately decide what images make it onto our TV screens, magazines and posters. It was a lot worse six years ago when only 3% of them had tits. Because of this we can currently only name five creative women over the age of 50 employed full time by London agencies.

Women who have the life experience and communication skills to radically change how midlife women are depicted, that’s a heavy burden on a few shoulders with almost zero allies surrounding them. But there were plenty of young creative women in the ’80s and ’90s. Where did we all go?

Where have the female creatives gone?

A hell of a lot of us left to have kids. The paid maternity leave and childcare we fought so hard for didn’t arrive in time for our biological clocks so we left in droves and started cottage industries working with small local clients, from home, usually in school hours.

Now our kids are off to university or starting their own careers and we’ve got a boost of testosterone that has us wanting to take on the world again. Add the legendary lack of fucks left to give that comes with a few decades of spinning around the sun and we don’t just want to work with big clients on big projects again. We want to destroy all advertising that damages women. Starting with the beauty industry.

We need to stop fearing ageing

How dare they make younger women fear their future? Anti-ageing is offensive to anyone who has the good fortune to have aged and it’s ridiculous, considering ageism is the only prejudice that will affect all of us. Especially when the only alternative is to die young! But it’s the last –ism that’s being talked about and it’s time to for all of us to fight anti-ageing with the same ferocity we would attack if a company branded themselves as anti-gay, anti-Black, anti-trans or anti-anyone who isn’t a cis-gendered white middle-class man.

Did you know that 76% of women 50+ are perfectly happy in their own skin. Still the beauty brands aren’t talking to us, they’re talking to women in their 30s and 40s who have bought the fear of ageing and run to the plastic surgeon at the first sign of a wrinkle. Or the 26% of women who are considering getting work done to “look more youthful at work” or “looking for or starting a new job”. Their fears are not unfounded — a third of the long-term unemployed are over 50! And it’s only going to get worse, the Centre for Better Ageing is predicting when the furlough ends 1 in 10 men over 50 will lose their jobs and a whopping 8 out of 10 midlife women will be out of work.

Most anti-ageing products are advertised using young models or octogenarians like Jane Fonda who must laugh like a drain as she takes their money to fund her $2m per annum appearance budget. Because the reality is, nothing in a cream or cleanser can remove lines, smooth wrinkles or turn back time. Only rich women can afford to have their skin burnt off by lasers, plumped up with fillers, have their facial muscles paralysed or undergo the knife.

You’d be better off spending the money on a good bottle of Pinot Noir. – Anita Roddick

So they lie — or bend the truth — for the rest of us. They know they can’t make real claims so they weasel out of it with non-phrases like “Imagine erasing past damage to create a more even tone”. They might as well say “Imagine you look as good as Jane Fonda”, which is actually more likely because someone somewhere could win the lottery and run straight to Harley Street!

Why do we believe it?

The sad thing is we believe all this stuff and we spend way too much on products we only imagine make a difference. Black women crack up about all this, they’ve smothered themselves in shea butter, paw paw cream or home-brand moisturiser since birth. And they rarely tell you their age. You probably wouldn’t believe them anyway.

Advertise skincare to women without demonising them

The highly experienced and highly-awarded creatives at Uninvisibility (the network that’s bringing back creative women from the Eighties, Nineties and Aughts) are talking to beauty brands and have wonderful positive solutions that will still sell a lot of skincare products without insulting us.

But until they put their money where our mouth is, we’re starting up the anti anti-ageing campaign by pointing out how ridiculous it is to advertise skin creams using cosmetically enhanced and Photoshopped women when 76% of us accept our crows feet and appreciate the 200,000+ smiles it took to create them. 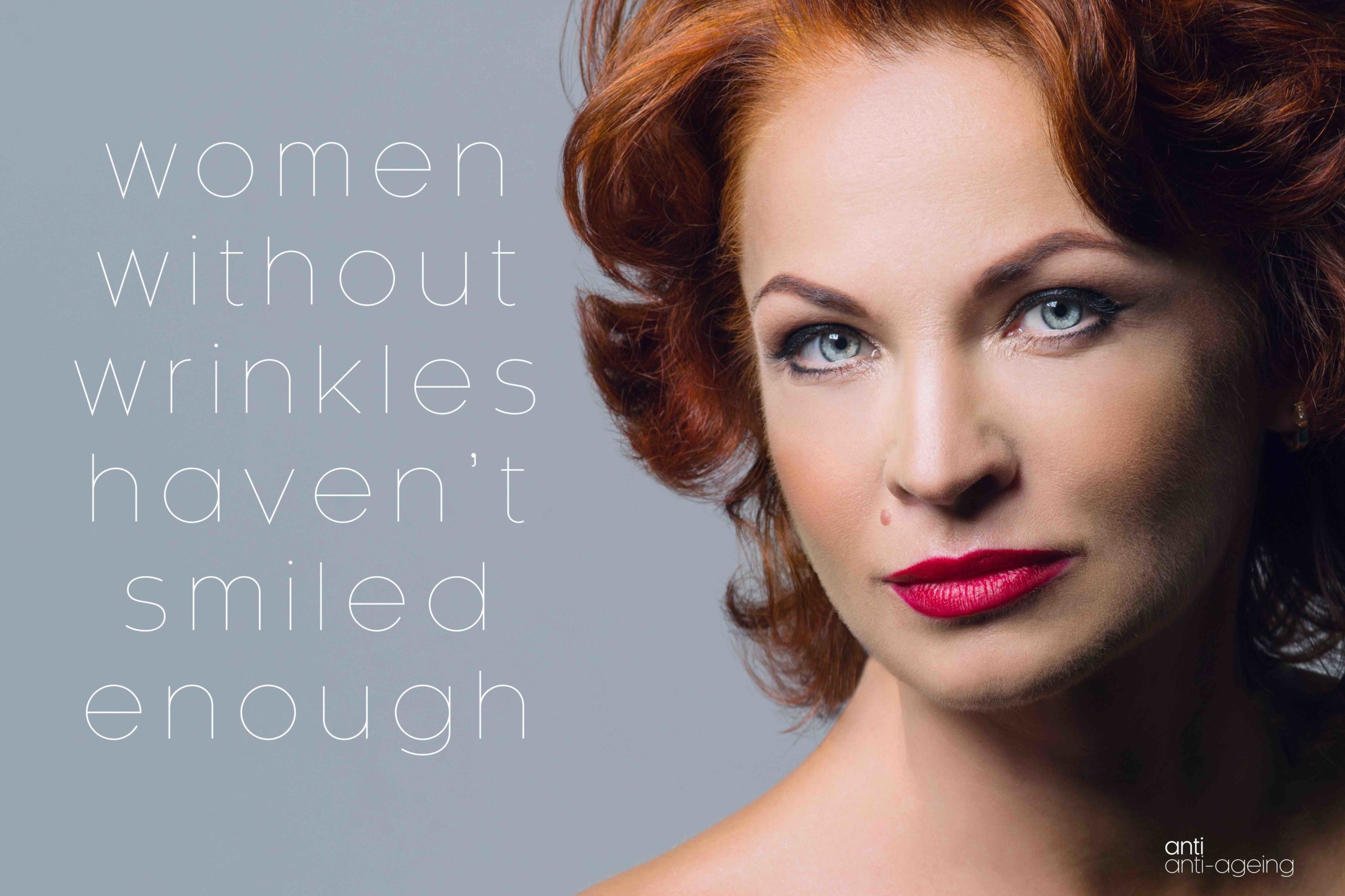 We can all still make choices

Of course feminism has always been about supporting each other’s choices. There’s nothing wrong with spending a fortune to try and look younger. But when cosmetically altered women are all we see in the media, it sets unachievable expectations for the majority of older women. And when cosmetic companies claim they got their flawless faces from expensive creams alone — we call bullshit! 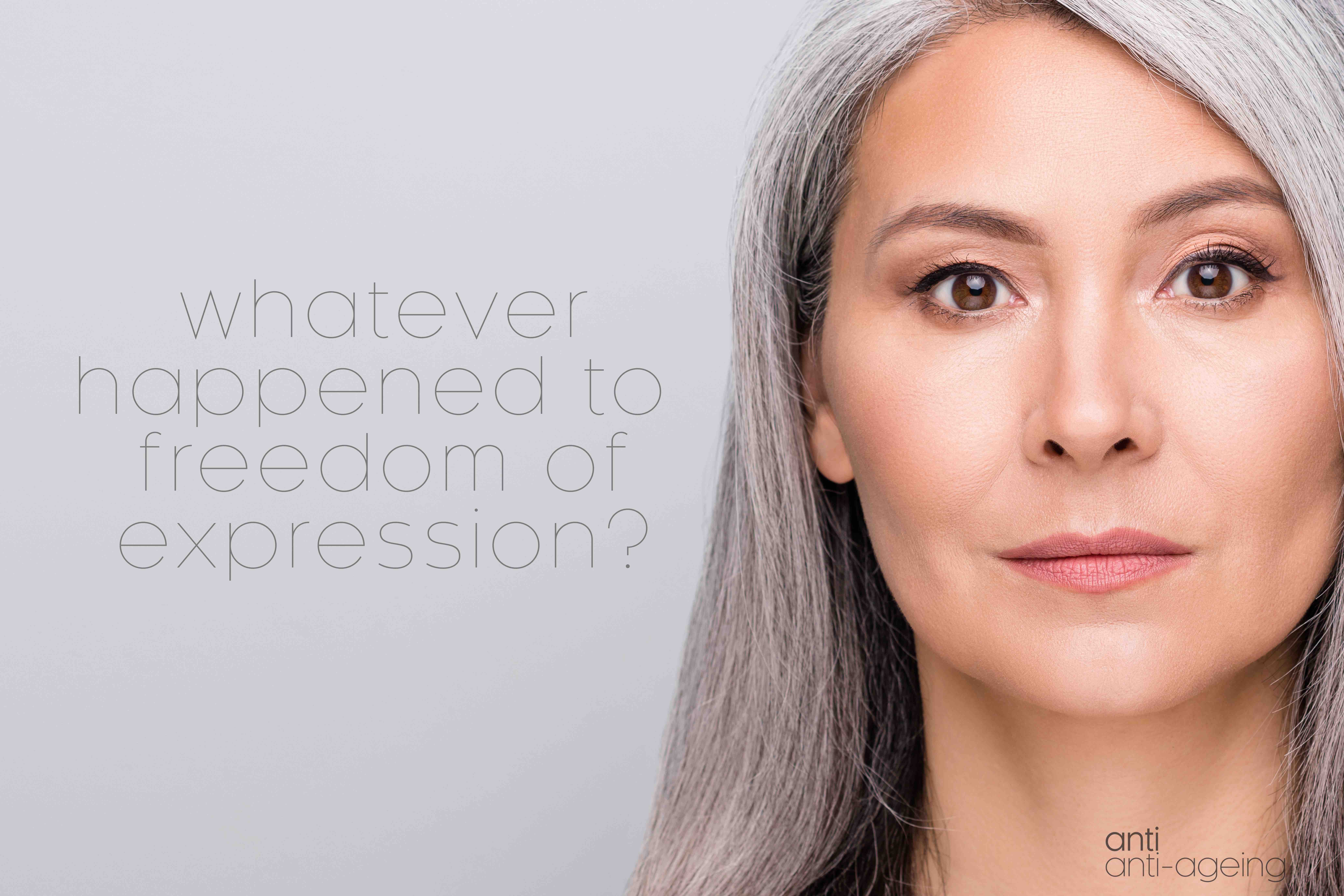 Anita Roddick the founder of The Body Shop told us all this years ago: “Moisturisers do work, but there is nothing on God’s planet, not one thing, that will take away 30 years of arguing with your husband and 40 years of environmental abuse. You’d be better off spending the money on a good bottle of Pinot Noir.” 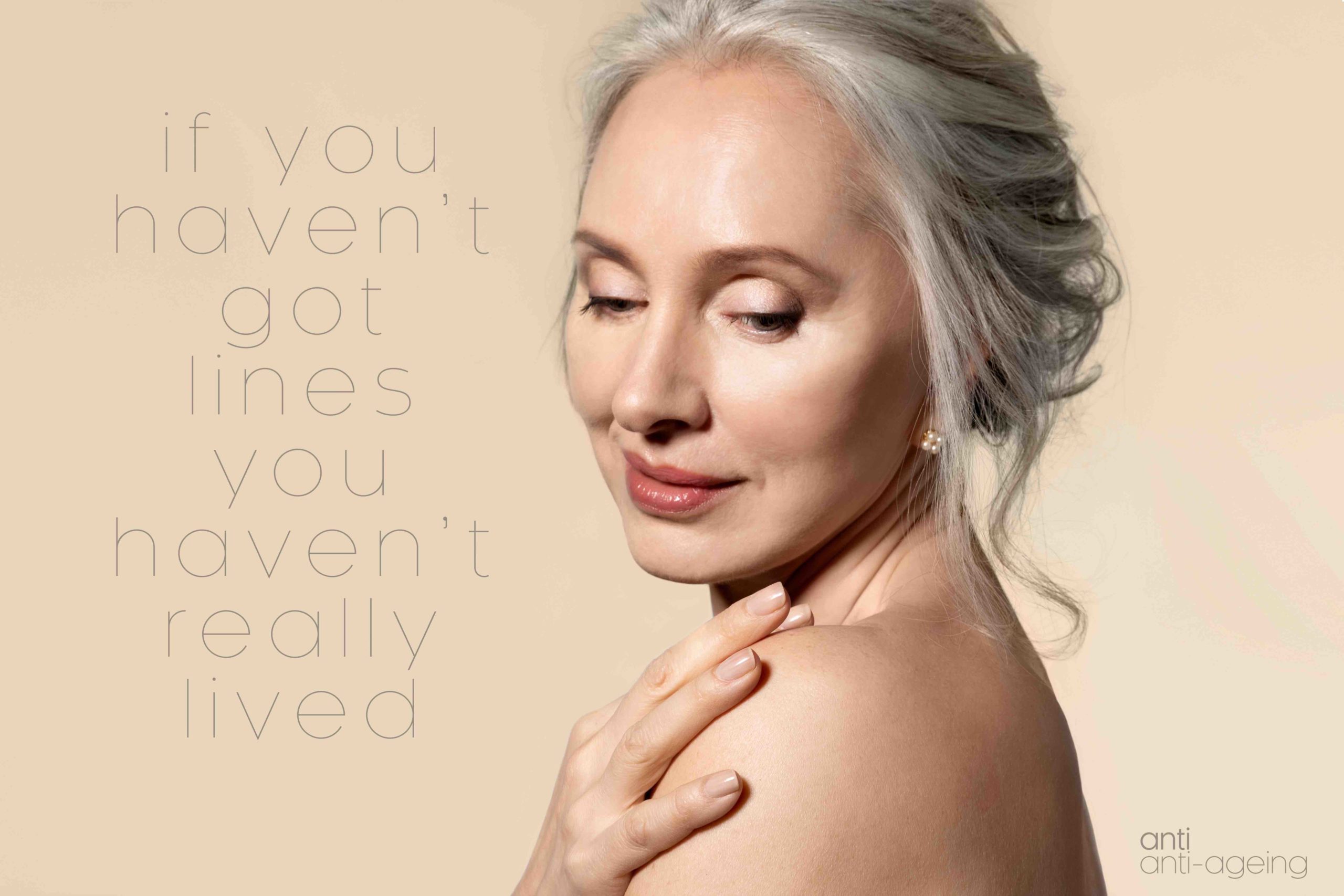 But have you ever seen a midlife woman in an ad for Pinot Noir? 50-64 year olds spend £250 a year more on alcohol than the 30-49 year olds but that’s the only demographic they show. Women over 50 make 95% of their household spending decisions so it makes absolutely no sense whatsoever, but then again there aren’t enough women in the age bracket actually making the ads.

So creatives rely on sound bites and research by ordinary women with absolutely no communication training or copywriting skills. A couple of years ago Tena pads put out an ad where women talked about their minor incontinence, one woman described it as, “My trickle of joy.” Every woman I know who actually uses the product, stuck their fingers in their mouth and imitated gagging at that line. I bet the young (probably male) creative directors pissed themselves and thought it was very clever. Seriously Tena, if you really wanted to be clever you’d employ professionals who would quickly tell you that you have the opportunity to do the world’s greatest product demonstration – just get a group of midlife creative women to tell their funniest jokes and stick a pack shot on the end. Job done.

We’re not the delicate flowers that younger people imagine us to be. We don’t want your deference. We want you to see us for who we really are, old punks and women who can’t remember the 60s (which proves they were actually there) the pioneers of women’s careers and the early adopters of tech.

We want you to see us for who we really are.

We don’t take ourselves too seriously so why do you? We were raised on Monty Python and The Young Ones and can sing the sampled backing track to almost every modern rap song. The times we come from were uber cool – so why don’t you believe we are?

And why do you think we all have white hair? Are we so invisible that you have to signpost the fact that we’re not young by showing white-haired supermodels? To be clear, midlife women range from 45 (the end of their fertility) till 70 (the end of their working life). That means we range from The Spice Girls to Chrissie Hynde who all have the same hair colour they’ve always had. Even Salt’n’Pepper aren’t salt’n’pepper. The new blue rinse set are decidedly electric blue, shocking pink or purple!
It’s time the advertising folk worked out who we really are and show us some damned R.E.S.P.E.C.T.

We are the most powerful consumer group on the planet: Women 45+ control 50.3% of all consumer spending.

Anyone who’s serious about rebuilding the economy after the pandemic must take the biggest spenders seriously. Some clients and brands are trying. Strategists, executives and creatives in adland know the figures and have been working on how to reach us. And went with their first idea…

A lot of industry articles and a few ads are appearing about menopause which is fabulous and much needed. BUT (and it’s a big but) they are only targeting 8% of an audience worth £6 trillion when they only concentrate on the change and completely ignore the powerful women we change into. A recent study in the US said that 50% of women felt menopause had no effect on their lives at all, yet the only media we see of women between the ages of 45 and 70 these days is about these four years. When we represent the 15-40 target market we don’t just talk about puberty, menopause is simply the reverse.

When midlife women are demanding to be seen and valued, the last thing we want is to be bombarded with images of hot sweaty white-haired women who are suffering, alone, and NEVER working.
It’s time for us to get back to work and if we’re too old to be employed by the establishments of old, it’s time to build our own businesses and products so we can profit from the biggest ever gap in the consumer market – us!

Jane Evans is co-author of Invisible to Invaluable. Unleashing the power of midlife women. Founder and Worldwide Creative Director of Uninvisibility a movement, ad agency and training program that is on a mission to create a new narrative for the second half of women’s lives. 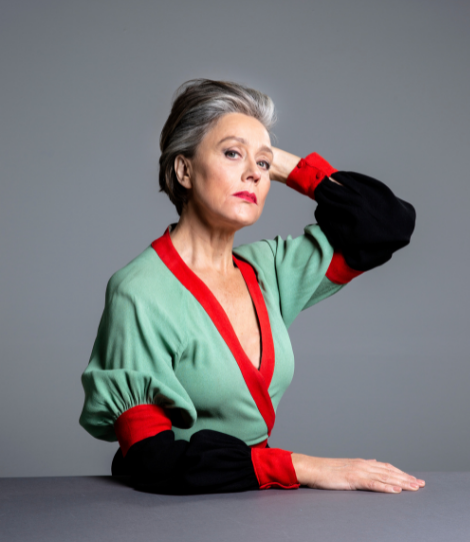 What I learned about hair, makeup and myself by going grey

For years Kate Spicer coloured her hair. When she stopped, she suddenly learned there were some secrets to going grey. 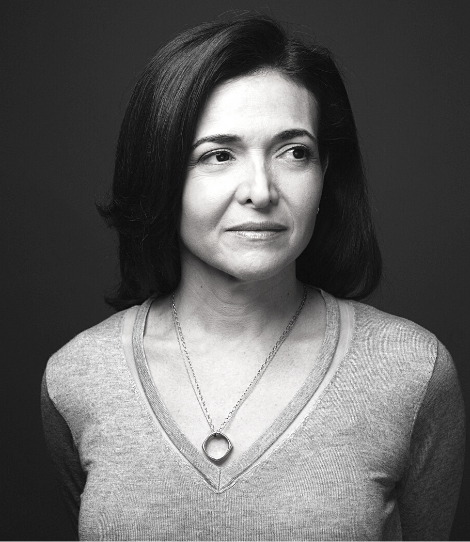 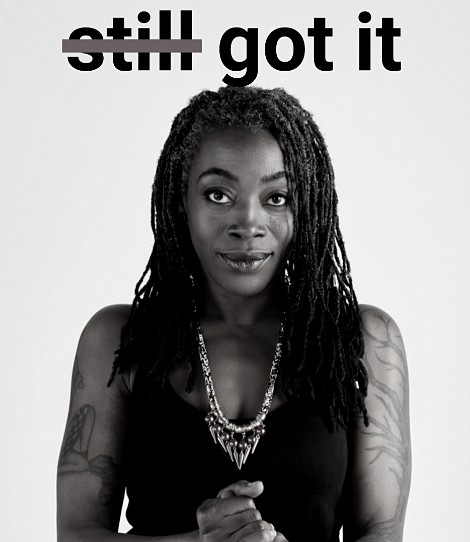 Too often, fashion ignores older women. A site — and a new campaign — are changing that.