After a cancer diagnosis, Josie Lloyd discovered a group of running friends who helped her regain gallows humour and hope.

It was December 2016 when I was called up by the Park Clinic in Brighton where I live for a voluntary mammogram. They were running a pilot to test women under 50 and I was 47.

I’m ashamed to say that I almost didn’t go. I had the whole family arriving for Christmas, a pressing deadline for my novel, my sister’s 50th birthday to help organise, but Emlyn, my husband, insisted I went. Earlier that year I’d noticed a tiny dimple in the bottom of my left breast and had been to the doctor about it, but was assured it was fine. This appointment would set my mind at rest, Emlyn told me.

A niggling worry that turned into a bombshell

Still, I had a niggling worry as I sat for my follow-up appointment on 3rd January, a long list of new year’s resolutions running through my mind. In fact, it didn’t dawn on  me that I was waiting in the quiet room with a box of tissues until the nurse came in and, when I saw her face, I knew something serious was wrong.

The results of the biopsy revealed that I had grade two lobular breast cancer and I would need an urgent mastectomy, chemotherapy and radiotherapy. Overnight, it felt as if my world had fallen apart.  I was no longer a Mum of three with a successful career and busy social life, but someone with cancer. It was terrifying.

An invitation to a cancer runners club

Help with my dark thoughts came unexpectedly at the school gates when Ros, a fellow mum and fitness instructor told me about the charity initiative she was running for Albion In The Community. ‘Come and join my group of runners,’ she urged. ‘They’ve all been through cancer treatment.’

I was reluctant. I didn’t want to be in a cancer club. I wanted to distance myself from everything to do with cancer and hide under my duvet, but I found myself being cajoled onto the seafront.

There, I met a group of women who were different to all my old friends. There was friendly Paula, who did amazing work with disadvantaged teen carers; gentle Hannah, who was lost in midlife, having left her career to go through cancer treatment; wise driving instructor Maddy; opera singer and political activist Birgit – and distance-runner elder-goth Jane, who’d just started chemo.

It immediately struck me how comforting it was to meet women who knew what I was going through. Because if they could do it, then surely so could I, right? Better still was their gallows humour. It felt that after my diagnosis, everyone had been wrapping me up in cotton wool, looking at me with their head bent over on one side, their eyes wide with pity. I wasn’t allowed to have a sense of humour – the one thing that has always seen me through.

The problem with cancer stories

Everyone I met seemed to want to tell me their own cancer stories in an attempt to ‘bond’, not realising that it wasn’t helpful to hear about their aunty who had died of breast cancer or their friend’s husband who had discovered colon cancer too late. To voice all of this to these women – who knew exactly what I was talking about – felt so good. We laughed about how people whispered ‘cancer’ on an intake of breath, afraid of even saying the world.

Putting one foot in front of the other

When I came home from that first run, I felt immeasurably better. Not because of the running, although there was that too. It was slow and plodding, but putting my trainers on and being out in the fresh air felt like a way of putting two fingers up to cancer. It felt as if I was tethering myself back to me.

Over the following weeks, I started to look forward more and more to the runs. And when I started chemo, our WhatsApp chat was full of friendly advice and encouragement. I really felt my running girls all had my back.

Then, one day, I went down and there was a guy from the local press there, interviewing the girls. ‘Oh, it’s so great you’re doing the Brighton Marathon 10K’ he told me. ‘The what?’ I asked Ros. ‘Oh, didn’t I tell you?’ she said, innocently. ‘This is the training group.’

Running the Brighton Marathon with cancer

The race fell on a bright April day, just before my third chemo. I arrived with the girls, feeling nervous but determined to give it my best shot. But very soon, I was hot and breathless and slowing down. I took my cap off, feeling the breeze on my bald head. What was I doing? I asked myself. I was half woman-half chemo drugs. This was ridiculous.

What was I doing? I asked myself. I was half woman-half chemo drugs.

But then the most amazing thing happened. Runner after runner – all in various cancer charity vests called out to me. ‘I’m clear five years,’ one called, ‘keep going.’  Another touched me on the shoulder. ‘I’m clear. For a year now. You can do this.’ Another called out too, ‘You’re amazing. I’m ten years clear. You got this.’

At the water station, another woman fell into step next to me. She told me that she’d had breast cancer too but had made a full recovery. I watched her glossy hair gleam as she ran off, thinking what an inspiration she was.

Hope from a stranger

I was surprised, therefore, to see her waiting for me at the last turn of the race. ‘I want to talk to you,’ she said, pulling me out of the stream of runners. She went on to describe how, when she’d been at her lowest ebb, she’d been in a cafe near the hospital and a woman had approached her. She’d said she knew exactly what the runner was going through, because she’d been there herself. She told the runner not to give up hope and that her life would be better than ever on the other side of cancer. She’d taken off a little silver pendant necklace she’d been wearing with a butterfly on it and had given it to the runner, saying it was a ‘little butterfly of hope’.

And the runner in the race told me she’d been wearing it for three years, but it was now time to pass it on. She took the necklace off and put it around my neck and told me that it was now my little butterfly of hope and to believe my life was going to be better than ever on the other side.  We had a hug and off she went. I don’t even know her name, but this extraordinary life-affirming moment gave me just the boost I needed catch up with my gang and finish the race.

After my treatment was over, I felt passionately that I wanted to write a novel, using this wonderful moment as my inspiration.  The result is The Cancer Ladies’ Running Club, a novel about finding your feet thanks to the help of your friends.

I haven’t sugar-coated the cancer experience that my main character goes through, but it is a positive and uplifting read. It’s not about just surviving cancer, it’s about thriving on the other side, something I’m pleased to report, me and my running gang are all doing well with so far. And one day soon, I hope to pass on the butterfly necklace which I still wear every day, so that it will give someone else the hope they need, too. 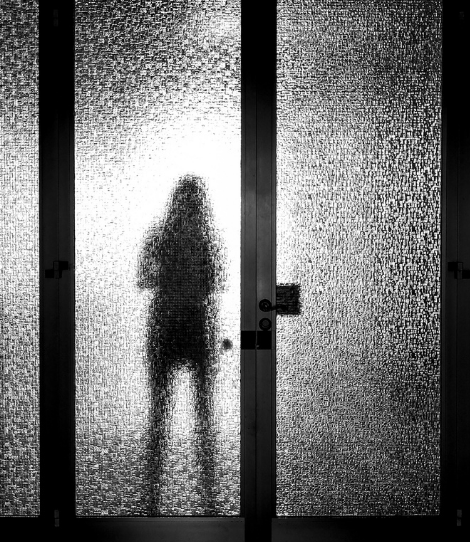 Me and ME: Coping with ME/ chronic fatigue syndrome

Living with ME/CFS becomes a bigger challenge in midlife. 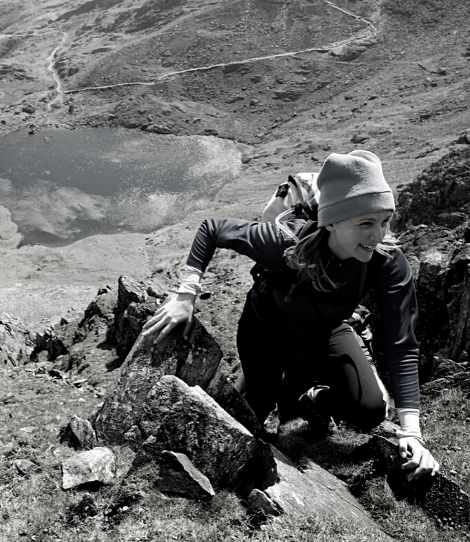 What I’ve learnt about walking in nature

Women have been walking in the wilds for hundreds of years. Here, a few lessons on walking that they can teach us.