I was a fashion insider -- until I burned out

Gret Batchelar's job in fashion was 'perfect'. Except she was exhausted, moody and had a stress-induced ailment.

In November, 2017, I hit rock bottom. There was nothing left in my tank and I was on the verge of being burned out.

I was travelling every week for work. I suffered from a stress-induced immune issue.

I was exhausted all the time. I was moody and gossipy. I was constantly on edge with my children and my husband. On top of all that, I was consumed by negative thoughts about work, my worth and my purpose.

On the surface, everything looked perfect

How could I not be ok? I had been promoted to Vice President at a global fashion brand – my ‘dream’ job, had 2 beautiful children, a supportive and loving husband, plus all the material stuff one decides is essential.

But, the truth was, inside I did not feel like myself at all, and was very far from in control of anything!

At a time, where I should have been full of joy and excitement, I simply felt flat.

I grew up in an upper middle-class suburb of New York. The second of four children.  It was a conservative upbringing to say the least. I was raised to be respectful, speak when spoken to and project the proper image.

I have a vivid memory from when I was 10 years old, sitting at our dining room table one night, proclaiming all these things I would do and have when I was older. My Dad responded that I was going to have to marry someone wealthy. That in and of itself says a lot.

As did my response back, ‘I’m doing it on my own!’

I was a good student without having to put much effort in. I didn’t really understand why my parents were frustrated that I wasn’t trying harder academically.

Sports, though, was a different story. I went all in and pushed myself to the edge.  I played all the seasonal sports up until my early teens when I focused my attention on swimming. The pool was my second home for almost 10 years and where I felt the most free. I swam competitively all through high school and at Dartmouth. Swimming 5 hours a day demanded a certain personality to commit to such a gruelling schedule. It suited me and I loved the sport, not least because I was good at it and felt valued.

It was while I was at Dartmouth that I took my first yoga class. There wasn’t much I liked about that specific class, but something about the practice  struck a chord and I found myself 5 years later beginning a more regular yoga practice.

It took another 10 years for that practice to shift from exercise to inquiry and self-development, one that continues to this day both on and off the mat.

There have been very few people in my life that I felt truly saw me and that I felt comfortable showing my true self immediately.

Sean, my first love, who died in the Twin Towers on 9/11, was the first.  We met when I was 17 and just 5 years later he was very tragically taken from this world.

My husband, Tommy, is the other. We met totally unexpectedly at a time when I was convinced I didn’t want to get married or have children. The pain from Sean’s loss was still very present (and is to this day). But Tommy saw through my tough exterior and encouraged me to soften and open up.

Outside of them, and for as far back as I can remember, I questioned who I was and compared myself to others.  I had a story on constant repeat that I wasn’t good enough.

Looking back, it’s so obvious that I suffered imposter syndrome, but it wasn’t until I took a Yoga Teacher Training Foundations course in March 2018 that I came face to face with it and some confessional and cathartic tears to boot!

I was thrown in the deep end and told to teach for 5 minutes. It doesn’t seem like that long and having practiced yoga for almost 20 years it should not have been that difficult. But it shook me. I burst into tears and my teacher pushed me to stay with it to figure out what I was really experiencing.

That story in my head that I’ve been telling myself since I was little emerged.  I’m just not good enough. In saying it out loud I realised how ridiculous it sounded.

It was the breakdown I needed to break through.

My meditation practice started a few months prior to this breakdown-come-breakthrough. The daily stillness in combination with the sudden awareness of ‘my story’ was the moment my eyes truly began to open.

I was 39, turning 40 later that year and it all became very clear that I was immensely unhappy. I was in a job that wasn’t aligned with my values. Despite having worked so hard to get to that point in my career, I was suddenly acutely aware that it was not fulfilling me anymore.

Now what though? I defined myself by my career for so long that I found myself struggling to figure out my purpose.

But there was no switching off my becoming more ‘conscious’ and definitely no turning back.

We sometimes think of an awakening as a moment in time. For me, it was an extended period.  And I am still waking up.

It took some time to decide my next step and, even more importantly, to understand that my next step was not necessarily forever. My meditation teacher says if we wait for things to align perfectly, then we will be waiting forever. What we need to recognise is the sign and be open to taking the first step to get the ball rolling.

How I made a new start after I burned out

That’s what I did, and by the end of 2019 I set the ball in motion for a whole new chapter of more acceptance and more change.

As a first step, I moved to another job that was more aligned with my values. I signed up to do my 200 Hr RYT yoga teacher training. Right in the middle of the immersion week, we went into lockdown and my job was put on hold, so too was the salary.

At a time when I should have felt overwhelmed with fear for not having a job or steady income, I saw this as a sign, telling me to move in line with my long time passion for wellbeing.

So after almost 20 years in fashion, I pivoted and co-founded Conscious Working, with my husband during lockdown. (By the way, working with your husband is a story in and of itself!)

Having suffered near burnout in 2018 with an immune issue caused by stress, I realised that I’m not the only person with this sort of story and businesses need to do a better job to support and even encourage their employees to be the directors of their health and wellbeing.

We have one single mission, to help employees across every level of the organisation, feel good so they can perform to their best. We work with leaders to weave wellbeing into the culture of the company and advise them how best to use wellbeing as a strategy to drive performance, engagement and loyalty.

If starting a new business wasn’t enough, we are in the process of a life move to Portugal with our 2 boys.

Here’s to new beginnings in your 40s!

My learnings so far…in this thing called life

Each of us has control over our lives and it’s up to us to make choices that move us in line with our values, passion and purpose.

Yes, it takes a leap of faith and some risk management, but we are here to live our lives, not watch on the sidelines.

There is such a thing as serendipity. In hindsight, I can see that my career in fashion did have a purpose and it has already opened many doors for Conscious Working.

Change is inevitable. It can come suddenly and evolve over time. It has the power to rattle you so deeply, but it also has the potential to wake you up to a new perspective and a world full of possibility.

Stillness creates clarity that can then inspire change. My biggest shifts have come because I finally gave myself permission to be still and see things as they really were.

By the way, whatever path you’re on, don’t take yourself too seriously and don’t forget to laugh. Things never quite turn out how you expected, but that’s the fun of it!

And most importantly, remember, the universe has your back. 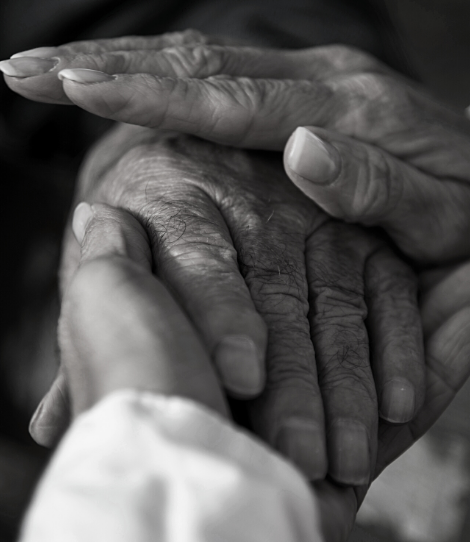