We're welcoming autumn with a great list of the best books to read now. Sam Baker, host of the Noon Book Club, shares her top picks.

In the latest edition of Sam Baker’s book column, she shares her best books to read for September 2021. Don’t miss the Noon Book Club every month, in which Sam chats with authors and you can ask them your questions. PLUS everyone who signs up gets a free copy of the book. Get more information about the latest Book Club.

Book of the Month 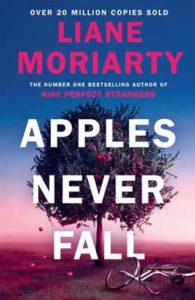 Apples Never Fall, Liane Moriarty (Michael Joseph, 14/9)
I have two words for you: Total banker. Liane Moriarty never lets you down. The latest from the creator of Big Little Lies and Nine Perfect Strangers is a surefire way to spend a rainy weekend in or a September weekend on a sun lounger somewhere warm, in the company of some middle-class Australians with something to hide. Joy Delaney is a well-turned out 60something who’s got it all going on: thriving business with former tennis pro husband Stan, three successful adult children (well, mostly successful) and a life that’s the envy of everyone in the area. (You know where I’m going with this, don’t you…?) Then Joy goes missing and the Delaney children start to wonder what their parents haven’t been telling them. (Clue: A lot.) There’s a reason Moriarty’s books have become an HBO go-to. This is a total romp. You will inhale it. (And you’ll learn things about tennis that will make your mind boggle!) 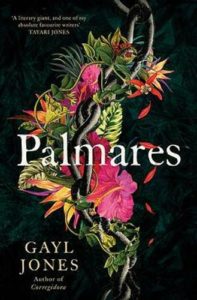 Palmares, Gayl Jones (Virago, 14/9)
You might not have heard of Gayl Jones, but you soon will. Jones was discovered in the mid-70s by then-editor Toni Morrison, who said of her debut, Corregidora, “no novel about any black woman could ever be the same after this”. THE Toni Morrison said that. Jones wrote three more novels and two short story collections before falling silent aged 50. Twenty years on comes Palmares, a lush, radiant, magic realist epic about slavery, race, power and longing. Set in the eponymous last fugitive slave colony in colonial 17th century Brazil, it’s told from the perspective of Almeyda, a young slave girl with a thirst for learning. I can’t tell you the last time I picked up a book and was struck dumb by the sheer beauty of its prose, and the enormity of what I don’t know, but I’m here to tell you Palmares is that book. I know that tells you everything and nothing, but all I can say is you need to set aside a weekend to read it. 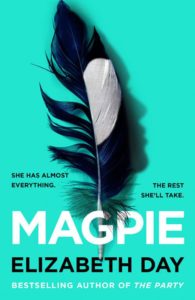 Magpie, Elizabeth Day (4th estate, 2/9)
How far would you go to have a baby? That’s the question that lies at the heart of this slick, slow-burn suspense about fertility, mental health and boundaries (or the lack thereof) – between lovers, between friends, between parent and child. Marisa has known Jake all of five minutes when they decide to move in together, but she’s pretty sure he’s The One, so when he announces he wants to start trying for a baby, she’s all-in. It’s an opportunity to build the family she’s never felt she had. But she reckons without their new lodger Kate trampling all over their house and her feelings. Part sinister psychological thriller (with all the twists and unreliable narrators that entails) part clear-eyed look at that biggest minefield of all, motherhood. 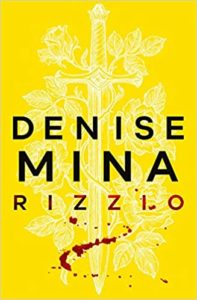 Rizzio, Denise Mina (Polygon, 2/9)
I know! Not more Elizabethans! But before you start counting how many documentaries you’ve seen on Anne Boleyn in the last year, stop right there! Because is not that thing. Yes, yes, it’s tangentially about Mary Queen of Scots, but in the hands of one of the sharpest crime writers around it’s quite something else. David Rizzio was friend and secretary to Mary and his murder, one Saturday night in March 1566, (by, amongst others, her husband) is regarded as one of the darkest episodes in Scottish history. In this novella, Denise Mina applies a true crime lens to revisit 24 hours that transformed the monarchy and it’s absolutely riveting. 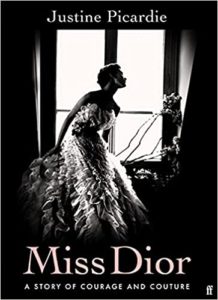 Miss Dior, Justine Picardie (Faber, 9/9)
When Justine Picardie (former Editor in Chief of Harpers Bazaar) turned her hand to the life of Coco Chanel, the result was a beguiling biography, infused with insider fashion knowledge. So, it would have been reasonable to expect that her next subject might be that equally iconic French designer, Christian Dior. Instead, Picardie has focussed on his younger sister, Catherine – a resistance fighter who spent almost a year in Ravensbruck concentration camp and out-lived her more famous brother by almost 50 years. A life mostly spent growing the roses that lie at the heart of Dior’s most famous perfume, Miss Dior. Picardie dissects this enigmatic woman, her relationship with her brother, and through it takes another look at the designs that defined a generation. Not just beautifully written, this is also a stunningly beautiful book. 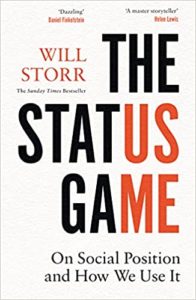 The Status Game, Will Storr (William Collins, 2/9)
How did I get to where I am today? You may often find yourself asking. The answer, argues Will Storr in this smart, insightful look at what drives us, is, often, status; our obsession with getting it and keeping it. I’ve been thinking a lot over the last couple of years about what status means, why we crave it, how we cope when we lose it and how to navigate life with less of it, so I was utterly fascinated by this examination of the way in which status shapes our lives, our societies and the social media landscape in which we now live. It also made me think long and hard about something someone said to me about invisibility: invisible in whose eyes? The same applies here: who confers status and why do we go along with it? What would happen if we didn’t? Journalist Storr (author of the critically acclaimed Selfie – a look at how we became self-obsessed) offers some thought-provoking answers. 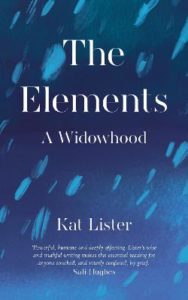 When Kat Lister was 35, her husband Pat died of a brain tumour. They had been married five years. Pat had been ill, it turned out, for even longer. Full disclosure: Kat worked on The Pool during some of this time and she is one of the most intuitive and empathetic writers. Something that is borne out by this poetic, visceral treatise on life without. Lister has written, I suspect, the book she wished she could have turned to in those first confused days/weeks/months of trauma, grief, loss and despair. It is lyrical. It is wise. It is physical in its longing. It is both unputdownable and, if I’m honest, occasionally almost too painful to read. Whatever, it is destined to become a classic. The Elements is a gift; not so much a map but a compass, to a landscape we long not to visit but many of us do. 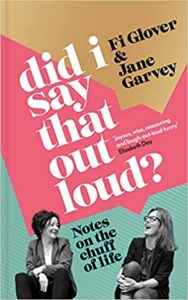 Did I Say That Out Loud?, Fi Glover and Jane Garvey (Trapeze, 30/9)
If Fortunately is your default podcast for when you just want to laugh in the face of life, this book has your name all over it. Friends, comrades, naughty girls at the back of the class, Glover and Garvey adopt their trademark approach of “oh FFS why doesn’t everyone just do one” to tackle everything from orgasm candles to self help to passing judgement to domesticity and divorce. (Maybe there’s a link!) This is about as close to an old birds’ (and I mean that as a compliment) night out as you can get without leaving your sofa. It made me howl and snort the G&T that I just knew was going to give me a 72 hour hangover if I had another one. But, egged on by Fi and Jane, I did anyway.

The Inseparables, Simone de Beauvoir (Vintage Classics, 2/9)
Few things are more likely to get me to pick up a book than the words “With an introduction by Deborah Levy”, so throw Levy’s name and “previously unpublished in English” and “Simone De Beauvoir” into one sentence and you’ve got me. Written five years after The Second Sex, but only published in French after De Beauvoir’s death, The Inseparables is the story of the intense friendship between nine year old Sylvie and the cool new girl at school, Andrée. Believed to be based on De Beauvoir’s friendship with Elisabeth Lacoin, known as Zaza, it’s an intimate examination of the passion and volatility of adolescent female friendship. (Translated by Lauren Elkin, author of the wonderful ode to women who walk in cities, Flaneuse.)

5 New Paperbacks to Look Out For

English Pastoral, James Rebank (Penguin, 2/9) – A bestseller in hardback, this tale of one family’s battle to bring their family farm back to life is an elegy to the land, the lakes and an ancient way of life.
The Stray Cats of Homs, Eva Nour (Black Swan 16/9) – In Arabic, cats have seven souls. That tells you everything you need to know about this moving fictionalised account of one boy’s life growing up in war-torn Homs, from military conscript for the Syrian regime to refugee.
The Editor’s Wife, A Dry Spell and Back Trouble, Clare Chambers (Vintage, 2/9) – If you loved Clare Chambers’ bestseller Small Pleasures, you’ll be delighted to hear that her backlist is now back in print with gorgeous new covers. Expect more warm, subversive wit.
The Breathing Revolution, Yolanda Barker (Green Tree, 16/9) – A practical guide to that most basic of bodily functions: breathing. If you, like me, have spent a lifetime not doing it “properly”, this mix of science and simple exercises is a bit of a game changer.
Piranesi, Susanna Clarke (Bloomsbury 2/9) – Shortlisted for the Women’s Prize for Fiction, the otherworldly second new novel from Susanna – Jonathan Strange & Mr Norrell – Clarke chronicles one man’s life in a mysterious house with time and tides all of its own.

The Shift with Sam Baker podcast is available on Apple podcasts, Amazon music, Acast, Spotify and wherever you get your podcasts.
Twitter @sambaker
Instagram @theothersambaker
*This post contains affiliate links.