Noon in the media 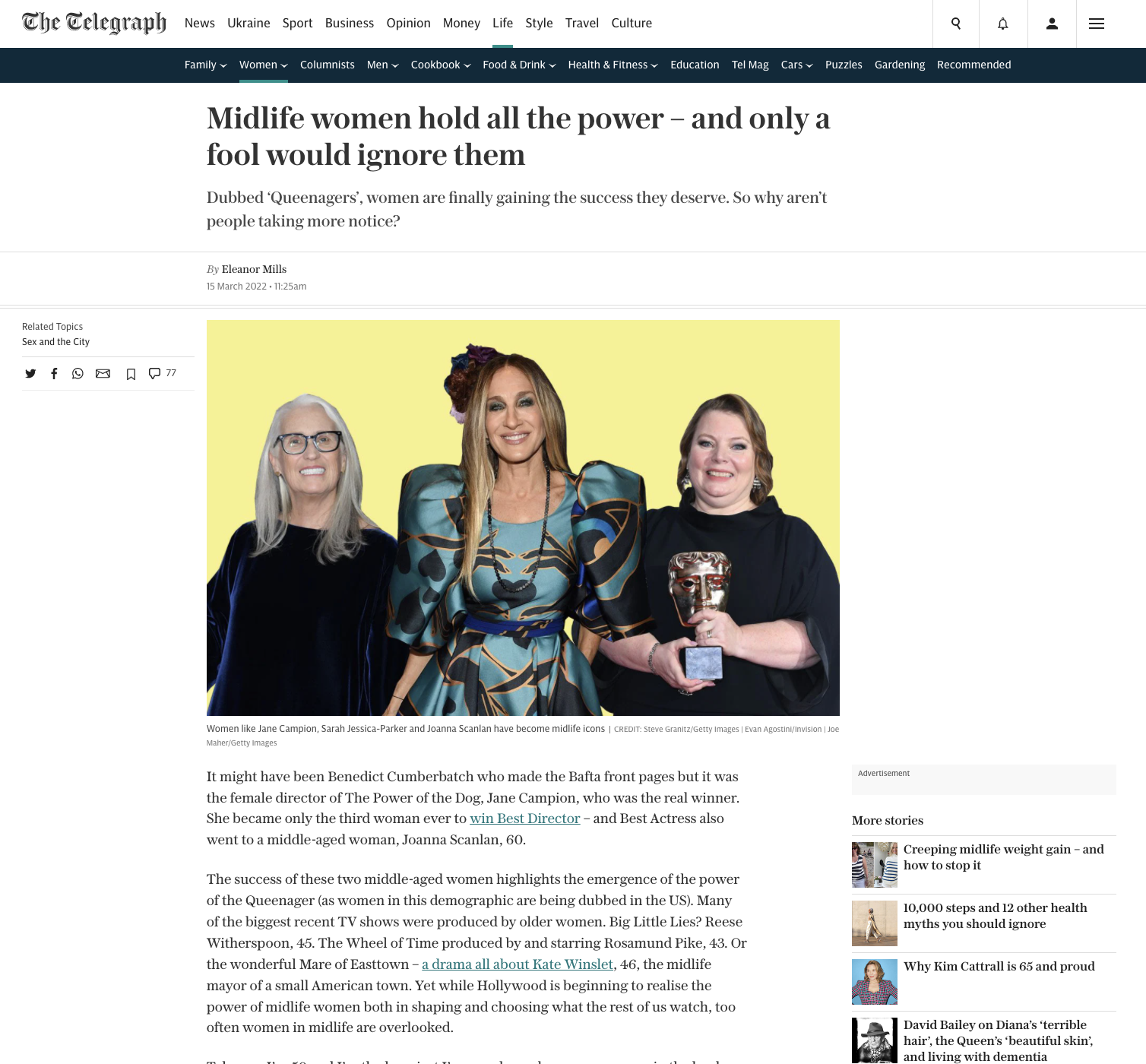 An article revealing the insights from specially commissioned Noon research

Awakening the Power of Midlife Women by Avivah Wittenberg-Cox

‘[Eleanor Mills has] dreamt up a design for a new future: spearheading a movement to help other women…step into a more accurate sense of their collective power….The result, a short 18 months later, is a mix of activism and education via an online platform, brilliantly named Noon. And a series of retreats designed for midlife women, of which I attended the first.’

Stop making menopause a brand! It’s about healthcare, not money by Eleanor Mills

What happened when Gen X grew up

‘Eleanor Mills, founder of Noon, a UK hub and media platform supporting mid-life women, tells BBC Culture: “Change is very difficult, and transition is hard. There’s a forgotten army of women who are under-served. We’re providing a new map for women in later life, as they’re starting to move into their prime and discover their purpose and the next version of themselves.” The Noon Book Club is a central element of the Noon offering, and is hosted by Sam Baker, podcaster and author of The Shift – How I (Lost and) Found Myself after 40 and You Can Too.’

‘I was told at Facebook I was middle-aged at 35’

The world’s most powerful businesswoman Sheryl Sandberg talks about finding love after her husband’s death, taking on stepchildren – and fighting for women hit by the pandemic. 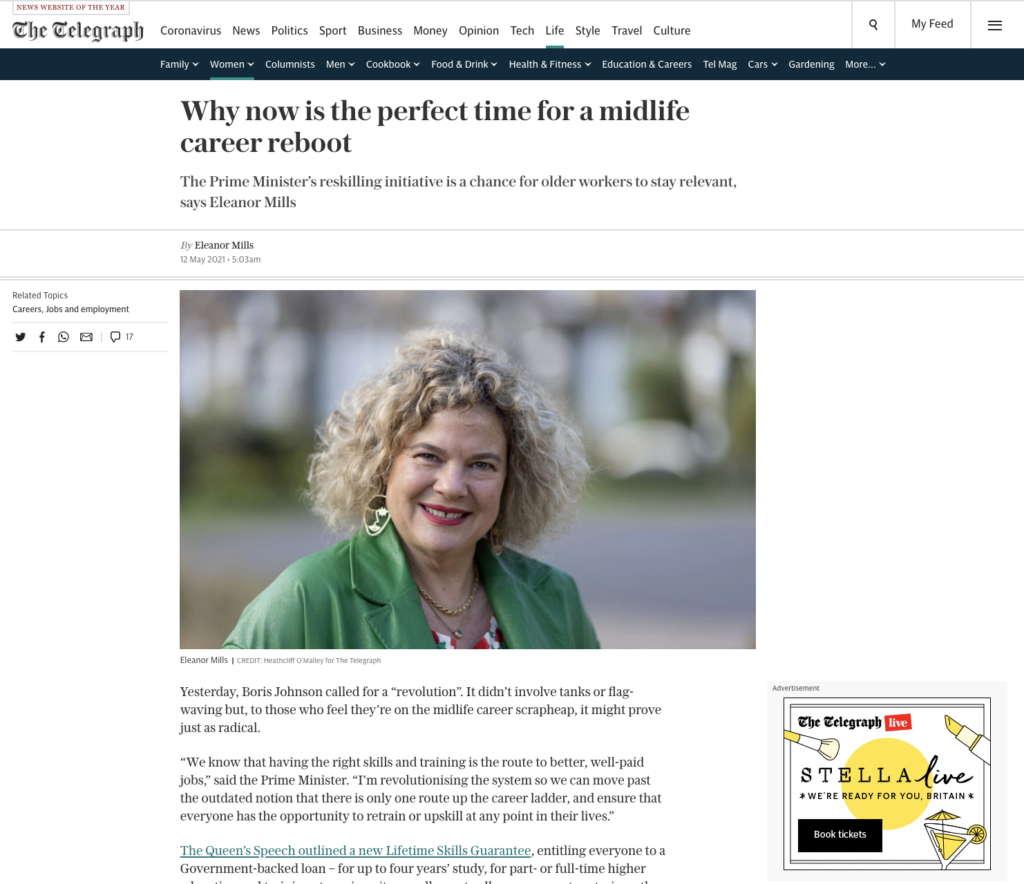 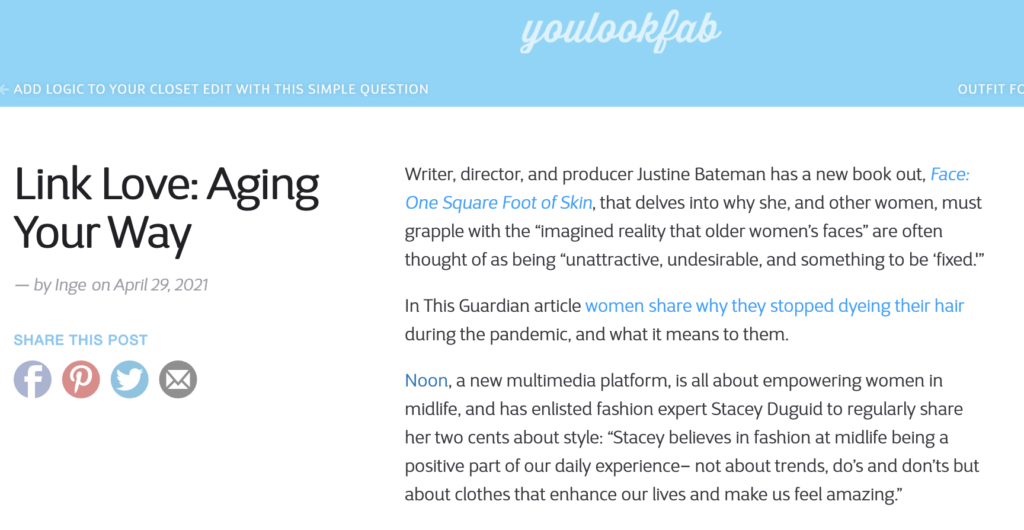 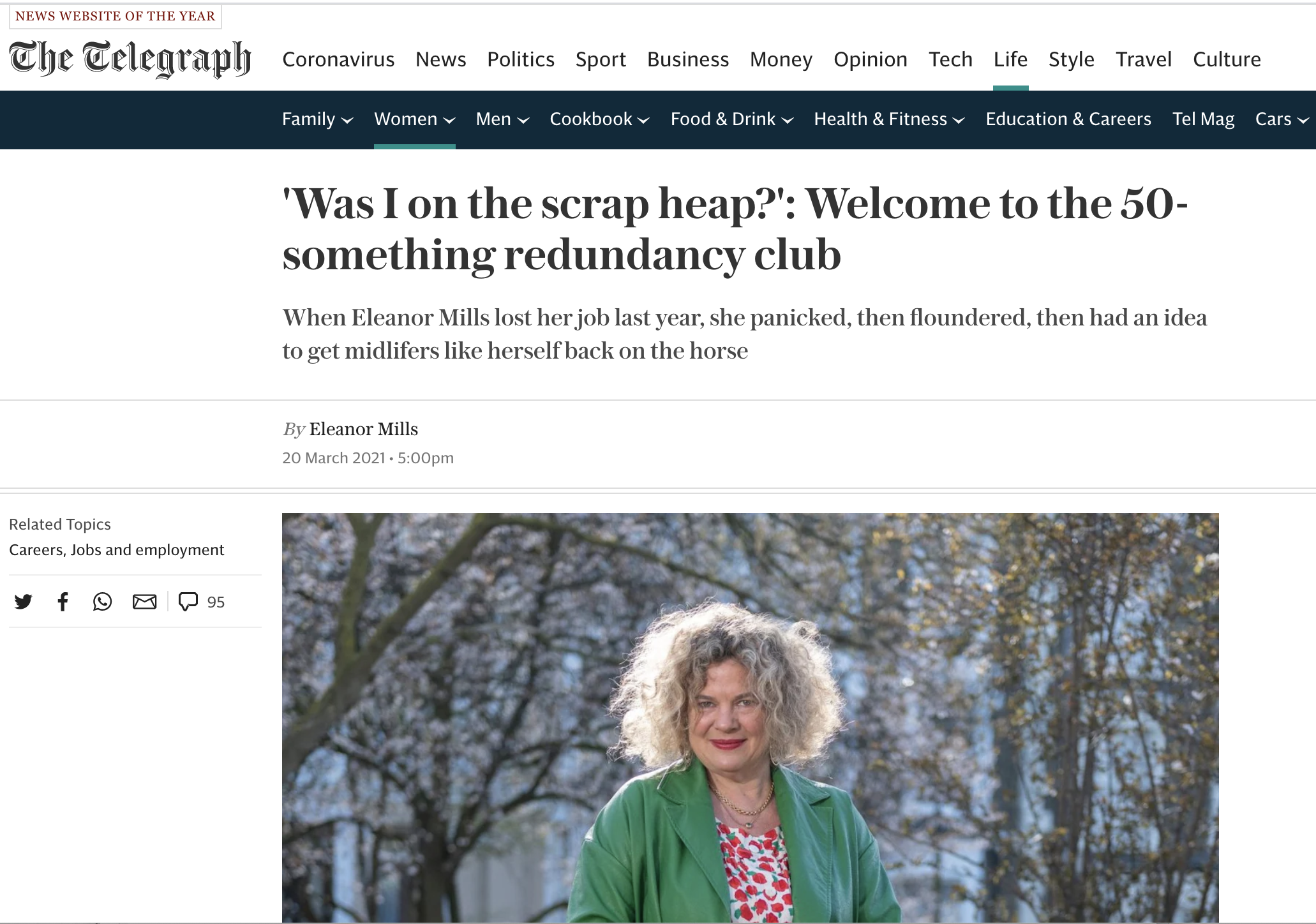 ‘Was I on the scrap heap?’: Welcome to the 50something redundancy club by Eleanor Mills

The piece prompted a robust discussion among Telegraph readers. 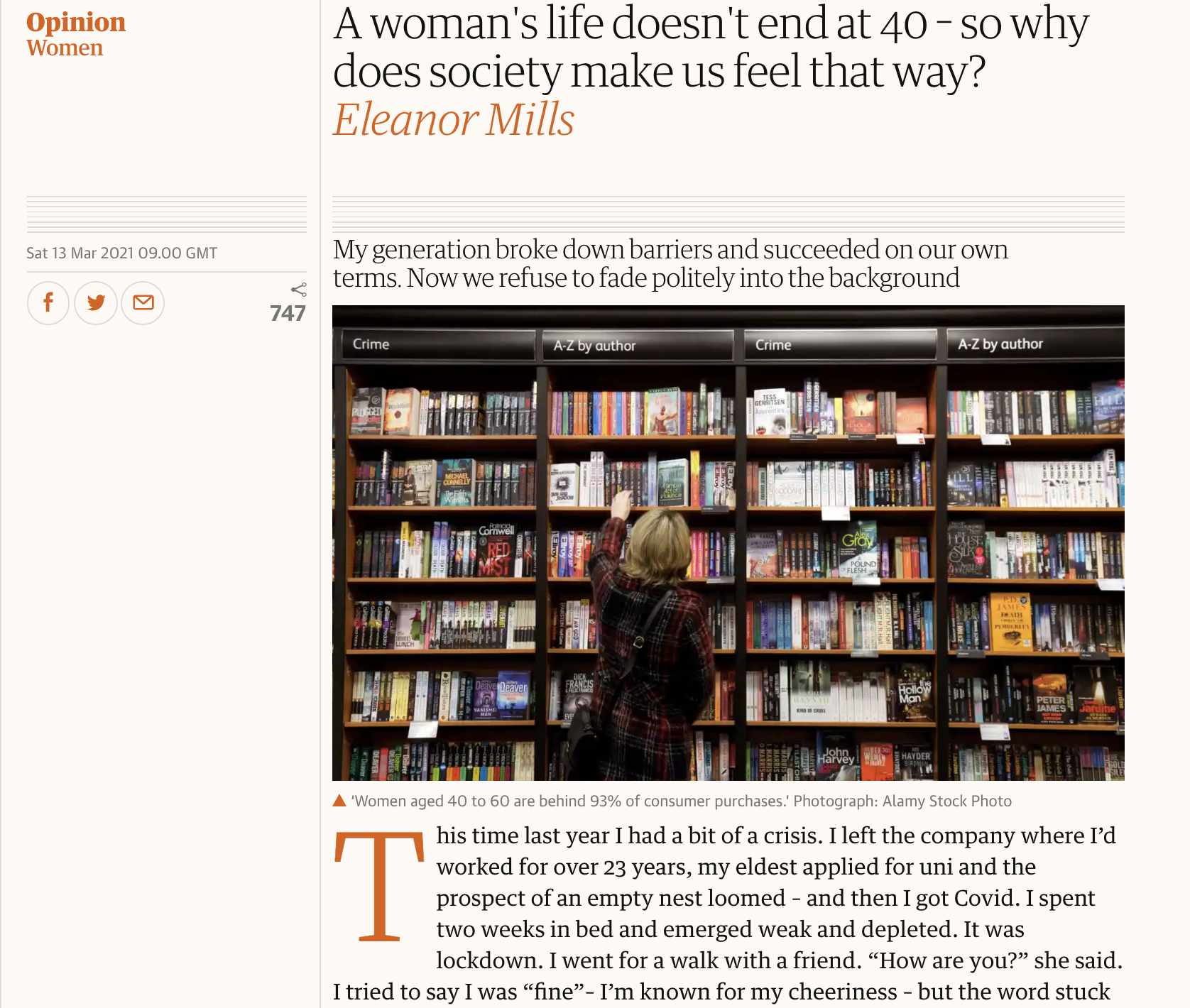 A woman’s life doesn’t end at 40 — so why does society make us feel that way? by Eleanor Mills 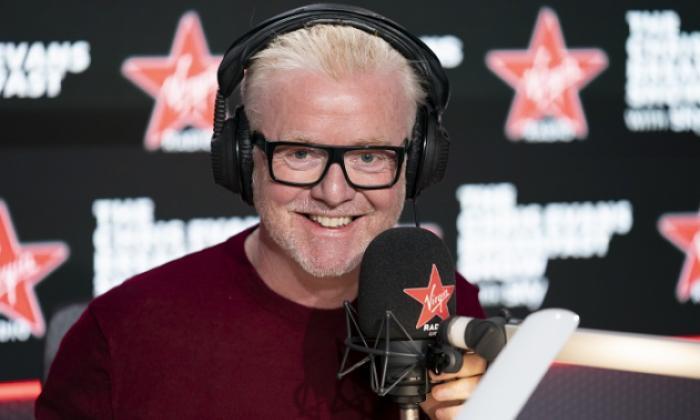 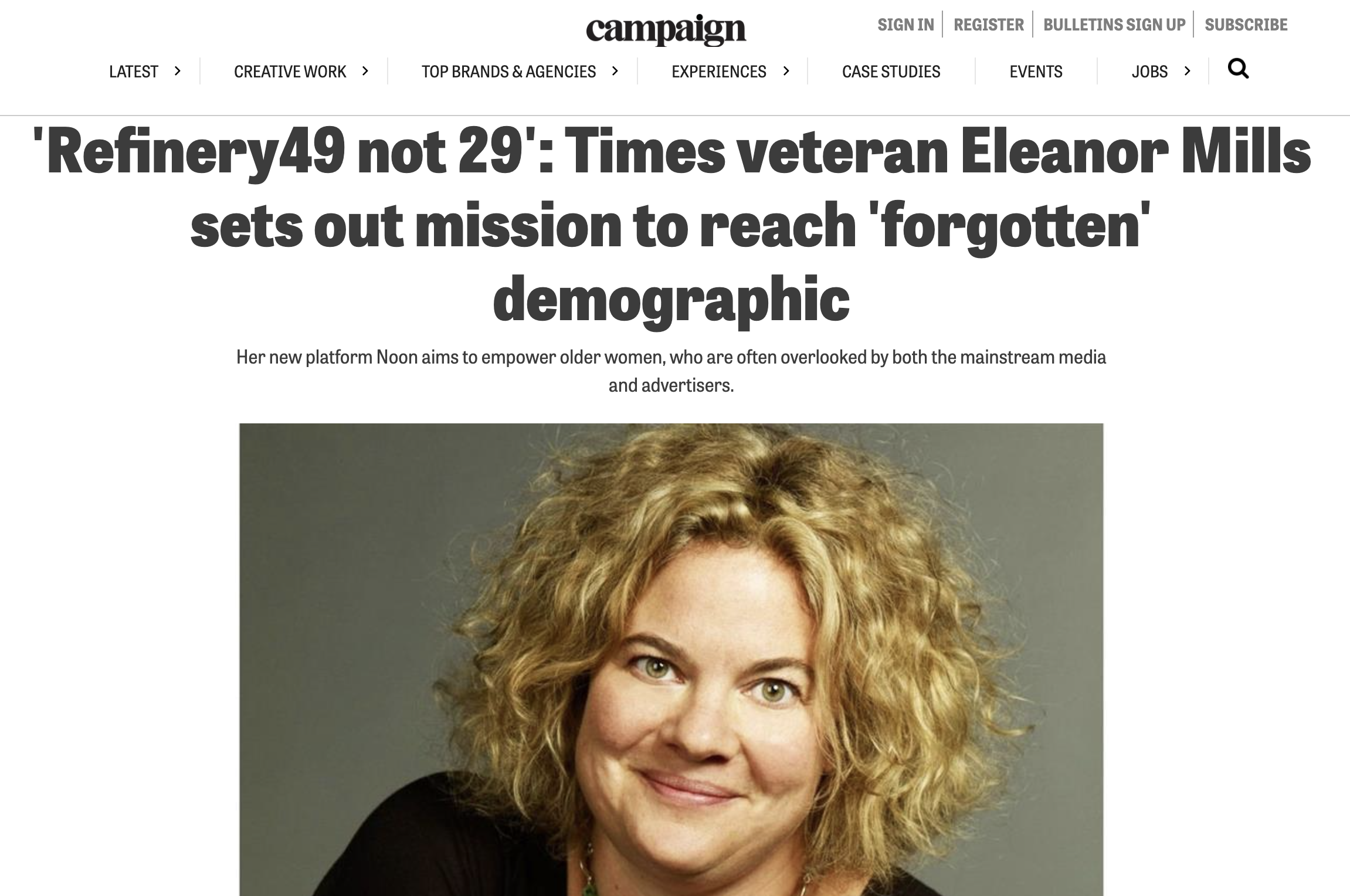