There have been 49 vice-presidents of the US in two and half centuries but only one woman in the job: Kamala Harris. When she stepped up to the podium for her swearing-in at the inauguration, she was making history in her own right and not just as Joe Biden’s loyal Veep.

Vogue magazine called her Mrs America on their cover.

As the first woman, the first person of colour and the first person of South-Asian descent to ascend to the role, the symbolism was immense. She took the oath of office on two bibles — one belonging to her much-loved “second mother”, the other to the first black Supreme Court justice. They were carried by her husband, Doug Emhoff, the “first second-gentleman” — or first second “dude”.

Vogue magazine called her Mrs America on their cover. Viewers of the fabulous TV series of the same name about 1970s feminism will recall the brilliant Shirley Chisholm, the first black woman to run for US president. Harris was wearing her colours — the glorious purple of women’s suffrage — at the ceremony.

“You may be the first to do many things, but make sure you’re not the last.”

Harris’s mother, the tiny, indomitable Shyamala Gopalan, a breast cancer scientist, drilled into her daughter: “You may be the first to do many things, but make sure you’re not the last.” Harris echoed this sentiment in her victory speech on election night, citing the generations of women of colour who “paved the way for this moment”.

At the victory celebration, a socially distanced drive-in with fireworks in Biden’s home state of Delaware, she said, “Every little girl watching tonight will see that this is a country of possibilities.” It was pure American cornball, but true. Yet her overnight status as a global superstar — she is an icon in India, the land of her mother’s birth — has obscured her hard slog to get there.

…her overnight status as a global superstar…has obscured her hard slog to get there.

Harris, 56, has punched through so many glass ceilings that her rise has seemed almost effortless. Not so. Her mother was a path-breaker before her, bringing up Kamala and her younger sister Maya almost single-handedly after splitting with her Jamaican-born husband, Donald Harris, a professor of development economics at Stanford University.

Gopalan died in 2009 but the two sisters remain close, with Maya often acting as Kamala’s political adviser. She also officiated at her wedding to Emhoff, an entertainment lawyer, in 2014. Harris has no children of her own but her two stepchildren, Cole, 26, and Ella, 21, call her “Momala” and came with their mother, Kerstin, to her inauguration.

Cole told The New York Times that after he graduated from university, Harris adopted the same single-minded approach to his career as she did to her own. When he said he wanted to  go back-packing, “Kamala was like, OK, so then what are you going to do with that after? Then what? And then what?”

During the election campaign, Harris said, “Some might think that breaking barriers means you start off on one side of the barrier and then you just turn up on the other side of the barrier. No, there’s breaking involved. When you break things, it’s painful. You get hurt. You may get cut, and you may bleed. It will be worth it, but it is not without pain.”

“It’s disappointing that the bench of black women is so shallow that if one rises up to another office there’s no one there at all.”

Nor is progress a linear affair. Harris became the second black woman senator in US history after winning her California seat in 2017 — but that number is back to zero now that she is vice-president. “It’s disappointing that the bench of black women is so shallow that if one rises up to another office there’s no one there at all.” said Debbie Walsh, director of the Center for American Women and Politics at Rutgers University.

As a student, Harris went to a historically black college, Howard University in Washington (like  Chadwick Boseman, the star of Black Panther, and the rapper Sean “Puffy” Combs). It was a deliberate choice after being educated at mostly-white schools in Berkeley, California.

“It just becomes about you understanding that there is a whole world of people who are like you.”

“It just becomes about you understanding that there is a whole world of people who are like you. It’s not just about there are a few of us who may find each other,” she said.

After law school in California, Harris became district attorney of San Francisco and later attorney general of the state, creating waves by prosecuting people for marijauna offences (she now believes in decriminalisation). An early mentor was the former San Francisco mayor, Willie Brown, whom she dated for two years in the 1990s — leading to unkind comments about the start of her political career.

Brown, 86, remains her loyal champion. “Kamala Harris is such an impressive person,”  he said recently. “Biden should let her do her thing. It would be like someone trying to control Tiger Woods at his zenith.”

Today Harris is just a heartbeat away from the presidency and the heir apparent to her 78-year-old boss. Biden has described himself as a “transitional figure” and has said he wants Harris in the room making the big decisions with him. We’ll see how that works out in practice, as he has yet to define her role.

In the campaign, she was carefully muzzled by Democrats after Donald Trump supporters harped on about Biden needing a “food taster”. She has become the target of outrageous conspiracy theories in the attempt to define her as more power-hungry and left wing than the president.

…one quarter of the election coverage of Harris included racist or sexist tropes.

It is astonishing how many Trump voters genuinely believe that Nancy Pelosi, the formidable speaker of the House, is plotting to declare Biden senile, install Harris in his place — and take away their guns. One of Trump’s lawyers even floated a new “birther” conspiracy that she had no right to be vice-president because her parents had yet to become US citizens at the time of her birth. It was constitutional hogwash.

According to the campaigning group, Time’s Up Now, inspired by the #MeToo movement, one quarter of the election coverage of Harris included racist or sexist tropes. Democrats were not immune to this. Several top advisers to Biden were leery of appointing her running mate because she was too “ambitious” — as if Biden, who has run for president three times, was a wallflower by comparison.

I have also heard supposed male allies describe Harris as a bit of a “diva”. It is true that complaining about the picture choice on Vogue’s cover was not a good look for her (or her staff, who did the harrumphing). Yet it is also the case that the fashion magazine editors had no idea how to portray a woman of substance, who wanted to be photographed in her customary trouser suit and sneakers.

Harris is going to wield the casting vote

Harris is also considered to be much more radical than Biden, which is only partly true — as a Californian, she is certainly more interested in green energy policies and was criticised for being too soft on rioters during last summer’s Black Lives Matter protests over the death of George Floyd. But she is on the centre-left of the Democratic party, and a long way from its Bernie Sanders wing.

Coming to power at a time of economic crisis, with America in the throes of a pandemic that has claimed over 400,000 lives, will test her political skills to the limit. But she also has a rare chance to carve out a profile of her own in a nation that has become furiously divided by Trump’s bogus claims to have won the election.

Harris is going to wield the casting vote in a Senate divided 50-50 between Republicans and Democrats. How she conducts herself will win her friends and enemies but all eyes will be on her at some of the most difficult times in government.

In the televised vice-presidential debate during the election campaign, she fended off the mansplaining Mike Pence with an icy cool, “I’m speaking, Mr Vice-President.” He is now heading back to his home state of Indiana and Trump is in exile at his Mar-a-Lago resort in Florida. 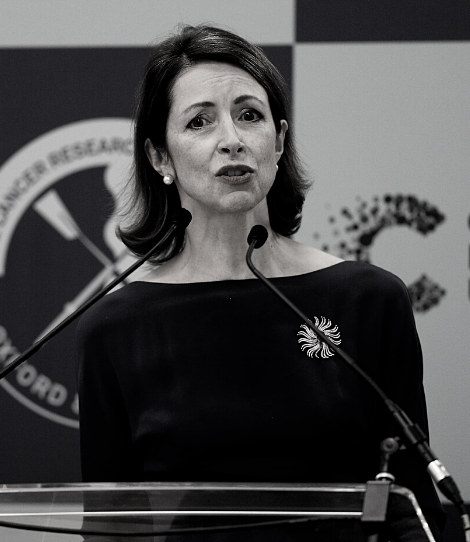 Lay out a viable strategy for your financial future and have a one-to-one financial makeover. 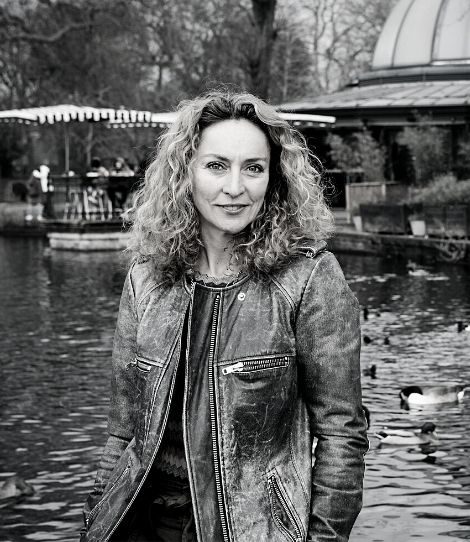 Lisa Unwin, Noon’s Career Expert, gives you a roadmap to returning to the workplace with our Reignite Your Career Masterclass