My unexpected love affair - with my husband 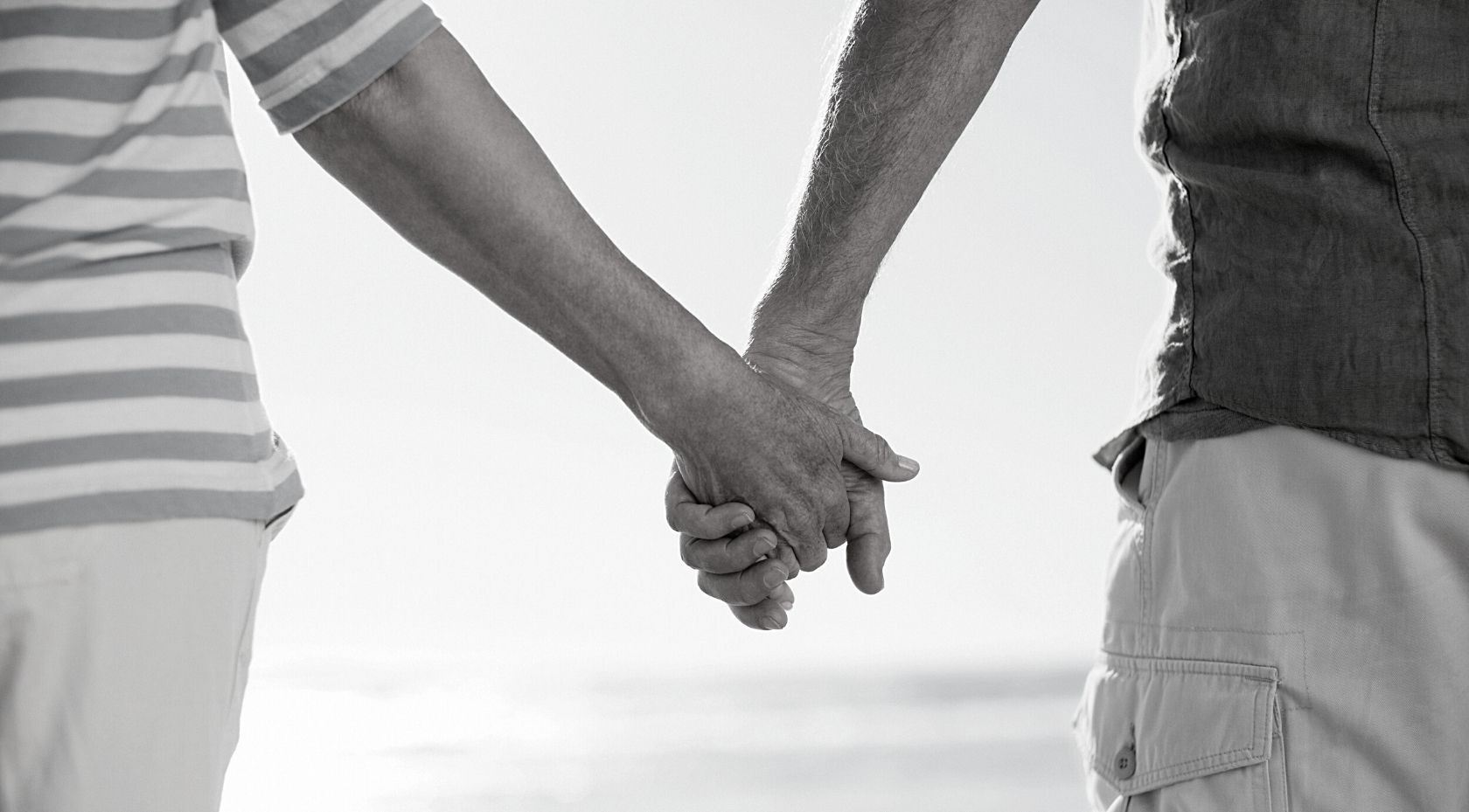 ‘Without you, I couldn’t get through this. I love you more than I can bear.’

One Friday morning in cold January, Mr Brown, a working class, practical Englishman, not given to romantic rapture, snuggled up to me, just after the alarm went off. As I stirred, he whispered tremulously, ‘Without you, I couldn’t get through this. I love you more than I can bear.’ There have been several such spontaneous moments of tenderness, far more than we have the right to expect after thirty years of marriage and in this fearful, harrowing time of Corona.

There have been several such spontaneous moments of tenderness, far more than we have the right to expect after thirty years of marriage

The virus has killed thousands and infected many more. Lockdown – a crucial measure – caused inexpressible suffering. A survey commissioned by The Mail on Sunday in mid-January found that 54% of the 1,632 respondents have become more anxious, while 44% are more tired. A bleak 9 per cent feel as if they can no longer cope. The vaccine rollout has eased widespread panic, but not assuaged the “feel-bad factor” warns Joe Twyman director of the agency which carried out the research. Of those surveyed, 84% were still gravely “worried” about Covid, the highest figure since the end of April. The Mental Health Foundation warns that the emotional and mental chaos caused by this disease will impact this nation for a long time.

Relatives and friends can’t grieve properly; millions have lost incomes and jobs, families are frazzled out the home has become an intolerable prison for many.

The Mental Health Foundation warns that the emotional and mental chaos caused by this disease will impact this nation for a long time.

Domestic violence charities report a massive rise in calls to helplines. According to the BBC, “divorce applications and break-ups skyrocketing across the UK… Leading British law firm Stewarts logged a 122% increase in enquiries between July and October, compared with the same period last year. The charity Citizens Advice reported a spike in searches for online advice on ending a relationship.”

‘The pandemic has forced all of us to put a giant magnifying glass over our personal lives.’

The TV personality Matthew Wright has said that fit, sexually active people he has talked to have lost the urge and turned monkish or lethargic. I know devoted couples who are rowing for no good reason. Small disagreements get amplified and cause discord. As the journalist Lucy Pavia wrote in The Guardian: ‘The pandemic has forced all of us to put a giant magnifying glass over our personal lives. As home became the only place to go, without the release valves of office life and friendship circles, our closest relationships…have come into clearer focus.’ And magnified the fault lines in those relationships.

This national disaster will end one day and there will be new beginnings. What shall we be then? All certainties have dissolved. Individuals, couples, families, communities and nations are reassessing values, lifestyles, priorities, the past and present and reimagining the future.

Remember those days which flashed by so fast?

Remember those days which flashed by so fast? Jobs, kids, housework, the damned computer and other demands of modern life sucked up time and energy. With so much to do, there was little room for introspection or reflective conversations. Too many couples busily multitasked and melded into a single entity. Family life was run like a small business and women were the key workers. Familiarity breeds complacency. Crises break the torpor. But the same old settles in after the couples come through the ups and downs.

During the past months we have learnt to appreciate slow living, slow loving and rekindled ardour.

Some of us really don’t want to return to that ‘normality’. During the past months we have learnt to appreciate slow living, slow loving and rekindled ardour.

Think of it as a state of couple mindfulness: the heart quietens, your feelings are purer, more intense towards that one precious other. Maybe it’s Covid terror, the very real possibility of death that is creating this surge of love. The word “soulmate” – too often used tritely – now reveals its true meaning.

My beloved and I carry on working from home but have freed ourselves from oppressive routines and are less consumed by the external world. We do miss parties, lunches and dinners out, museums, cinemas and theatres. But hey! We have the time to defrost the fridge, declutter and sort out the shared office! We even find new recipes and cook together! The radio and CD player provide the soundtracks to this new, blissful domesticity.

A blossoming sex life at 60

When our bodies reach out to each other, it isn’t like the early flames of desire, but is hotter and more sensuous than in the last decade. ( Yes, sex happens when you are over 60 and is often very good.) Afternoon intimacies have been one of the many unexpected delights.

Intellectual affinity can do that too and is, in my view, essential for a long and happy partnership.

Intellectual affinity can do that too and is, in my view, essential for a long and happy partnership. Pursuits and interests are lifelines at present. He loves poems, reads them out aloud. I share bits of books that are making me mad, sad or ecstatic. On walks we talk, at home we talk, in bed we talk about ideas, history, science, literature, politics, more politics. These conversations can be fiery, at times explosive. The outbursts show we are creative, passionate and engaged, not yet dulled by age or circumstance. In my first marriage there were few such lively exchanges. That was a relationship only of the heart, not the head. You need both to feel fulfilled and truly alive.

Reminding us why we are together

We have also spent a lot of time in recent months going over what brought us together, our early years together, the fun times, the dark periods, our fears and hopes.

‘This is such a terrible time for our country. And I know people are not coping. But I wanted to share this – something positive has come out of it for us and many families too’.

My ex-husband left me for a younger woman. I had loved him since the age of 18, we had a 10-year-old son. The betrayal broke my faith in men, I thought forever. Four months later, I met Mr Brown in a taxi queue at Bristol Railway station. We were guests on a BBC show. We travelled back together on the train. For days afterwards, I couldn’t stop thinking about the man with blue, blue eyes, gentle manner and brilliant mind. Twenty months after that accidental encounter, we got married.

The following years were full, as we raised my son and our daughter. They are off living their own lives. Housebound, we could have become horribly fractious and fallen apart. Instead, though there have been more annoying spats, this marriage has been serviced and renewed over these difficult months. I have heard from other couples whose relationships have been revitalised.

Roma, from Devon, wrote to tell me that she spent 20 years “slaving away and complaining about a woman’s lot”. She is now living the dream. Her old hubby Bernard has become a “new man”. Both of them are in their late 50s. As the disease paralysed the nation, Bernard became more open, more attentive. Now, he brings her bunches of flowers from the garden, makes bread like Paul Hollywood, phones her from his shed, suddenly takes her into his arms and dances, check to cheek. With pubs shut, he doesn’t drink as much as he did before. Their son Will, who lives nearby thinks it’s a miracle. Her letter ends with these words: “This is such a terrible time for our country. And I know people are not coping. But I wanted to share this – something positive has come out of it for us and many families too”.

Donna, 39, a dental receptionist, thought her marriage was over this September. She and her husband Tom, 42, a chef, were furloughed and cooped up with each other and their kids, five and eight. They were worried about money and the unknowable future. Resentment flooded through their increasingly untidy and noisy terraced house in South London. Then she was struck down by Covid and deteriorated fast: “He’s never been emotional, but he cried when I was admitted to hospital begged me to stay alive, not to leave him alone, said over and over, that I was his rock.” She’s recovered her health and mojo and he, like Bernard above, is a born-again romantic.

A new perspective on an affair

RT 43, works in finance, is married, has two kids and used to commute daily from Surrey to London. His wife A, an art teacher, gave up work to raise their two, young kids. He started an affair with a young colleague and they’d decided to move in together. He was going to tell A during the Easter break. Then Covid-19 swept in, and the affair went into hiatus. His lover moved in back with her parents; calls and texts got more mundane. Then came an epiphany. Spending time with A, seeing how much she did for them all everyday and watching her boogying with the kids brought him to his senses: “The affair had made me blind to her beauty, energy, her mischievousness. I used to get back late, robotically do my bit, and go to bed.” He’s fessed up and is desperate to save the marriage. She is circumspect but willing to give him a second chance. His bitterly disappointed young girlfriend thinks its just “lockdown fever”. She is so wrong. It’s lockdown love, like wartime love, deep and strong and a restorative elixir to help humans endure calamities with grace and hope 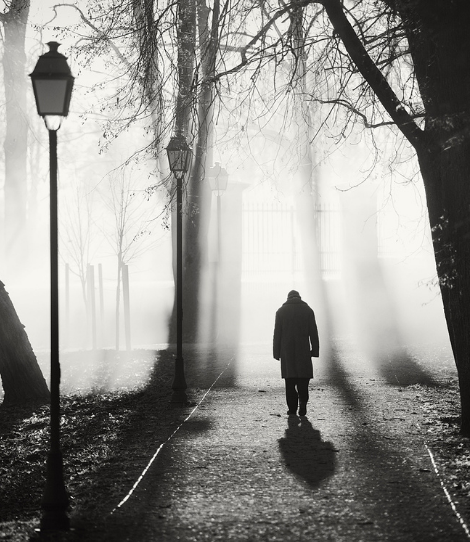