I have friends whose mothers have died in normal-mother ways. They had a heart problem, or cancer or something, the usual things. And they post on social media about how their mother was the very best mother, how mothers make the world a better place, how nobody can replace them, how much they are loved, how brilliant they were, and how kind and talented and loving. Loving, always, is the top bit. Heaven, too, plays big in these stories. The loving mother is always in heaven now, looking down and smiling. I roll my eyes. Here is some wordplay my mother would have appreciated: M is for the million things she gave me. O is for oh, God, what did she do now?

My mother was brilliant and beautiful and overwhelming and talented in almost every way, and she drank herself nearly to death under the watchful eye of a conman who told her she was like a mother to him and then took everything she had and left her in a nursing home, senseless with alcoholic dementia. And I didn’t come to help until it was almost all over because I was just so angry. I’d be pretty surprised if she were looking down on me from heaven, but if she is, she’s furious. Furious with everyone who let her down, which, as it turned out, includes me. Not surprising. 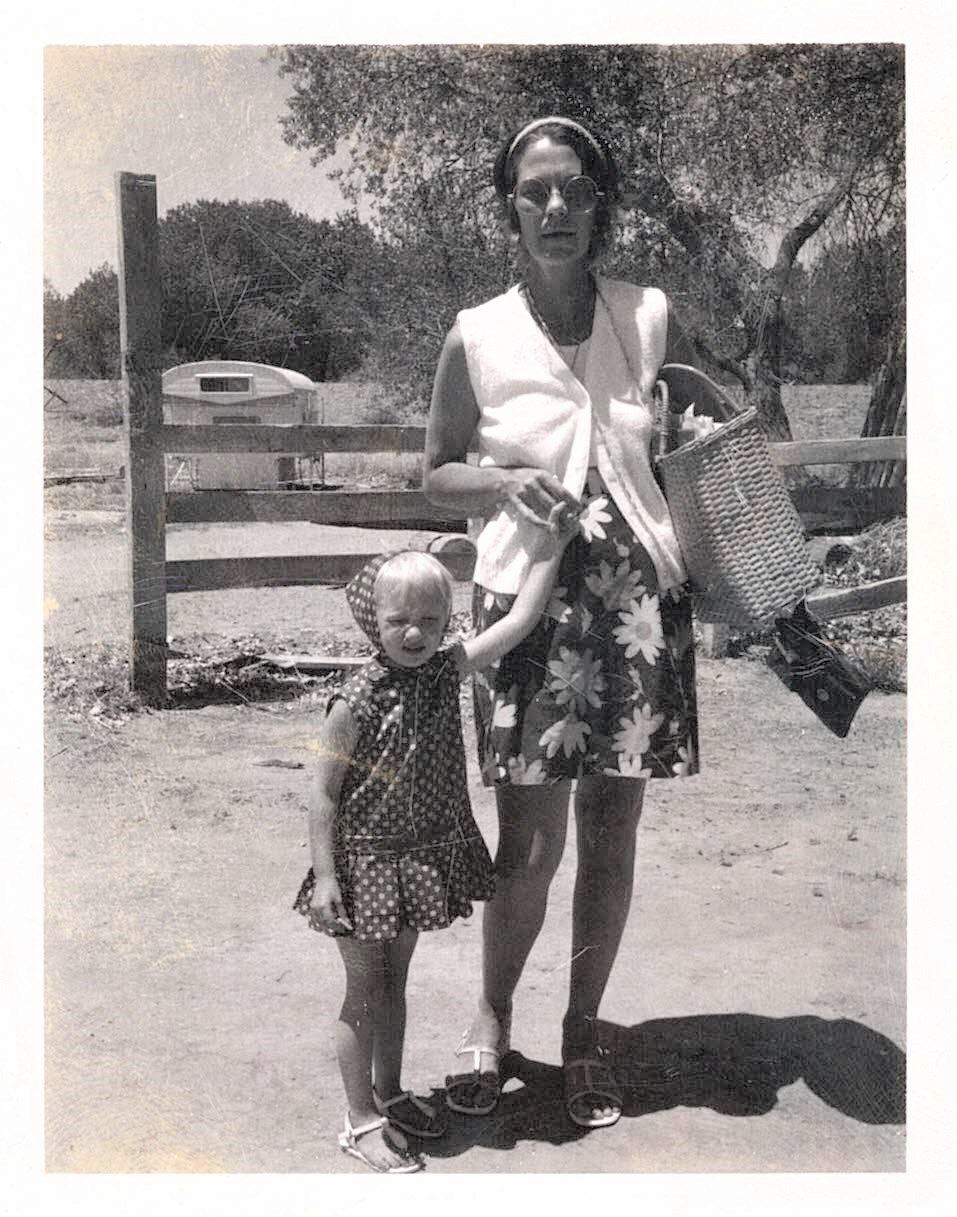 She was everything to me. I loved her so much. When I was a child we lived in a remote area, surrounded by fields and a series of ditch banks for irrigation and flood drainage. She told me, every day from the time I was a toddler, that she stopped drinking for me, but she would always be an alcoholic. She said she could never drink alcohol, not one drop. She stayed sober for a time, but she was never happy. No matter what she had, she wanted something else. Every whimsy that crossed her path became an obsession. Maybe what she needed was a duck. (We named him Rufus.) A lapful of little dogs? Maybe just one big dog. Let’s get pet mice. Canaries! She took belly dancing classes (twice), she tried to learn guitar (for a day), ukulele (another day), she was at the leading edge of every crazy fad. Mind Control (you can find any lost thing if only you ‘go to your level’), Re-Evaluation Counselling (she got to yell at someone about her problems and they were required to nod and encourage her), Marxism. Perhaps what she needed was aerobic exercise! Perhaps it was Yoga! Maybe it was glassware! Music! Artwork! Knitting?

Always something, always, always something, and I was buried in there somewhere, a passing fad she couldn’t drop. She expected me to buy into everything she did; she expected me to do it, too. If a mouse died, I was the one who had to get it out of the cage and throw it away. If she was cut, I had to bandage her. If I was cut, she ran, screaming. (“No no no, you take care of that yourself, yuck, blood, eew.”) I had to help mash worms for sick birds. I had to clean up the messes. I had to name many dogs adopted from the pound on a whim and returned there just as capriciously.

She loved me in fits and starts. I was alternately the best thing she ever did and the worst problem she ever had. She started drinking again when I was a teenager.

Her behaviour was erratic, to say the least. I kept trying to maintain a relationship, but it became impossible to deal with her; she was always drunk. She became more and more abusive and then abruptly moved away – as far away as possible, all the way across the country. 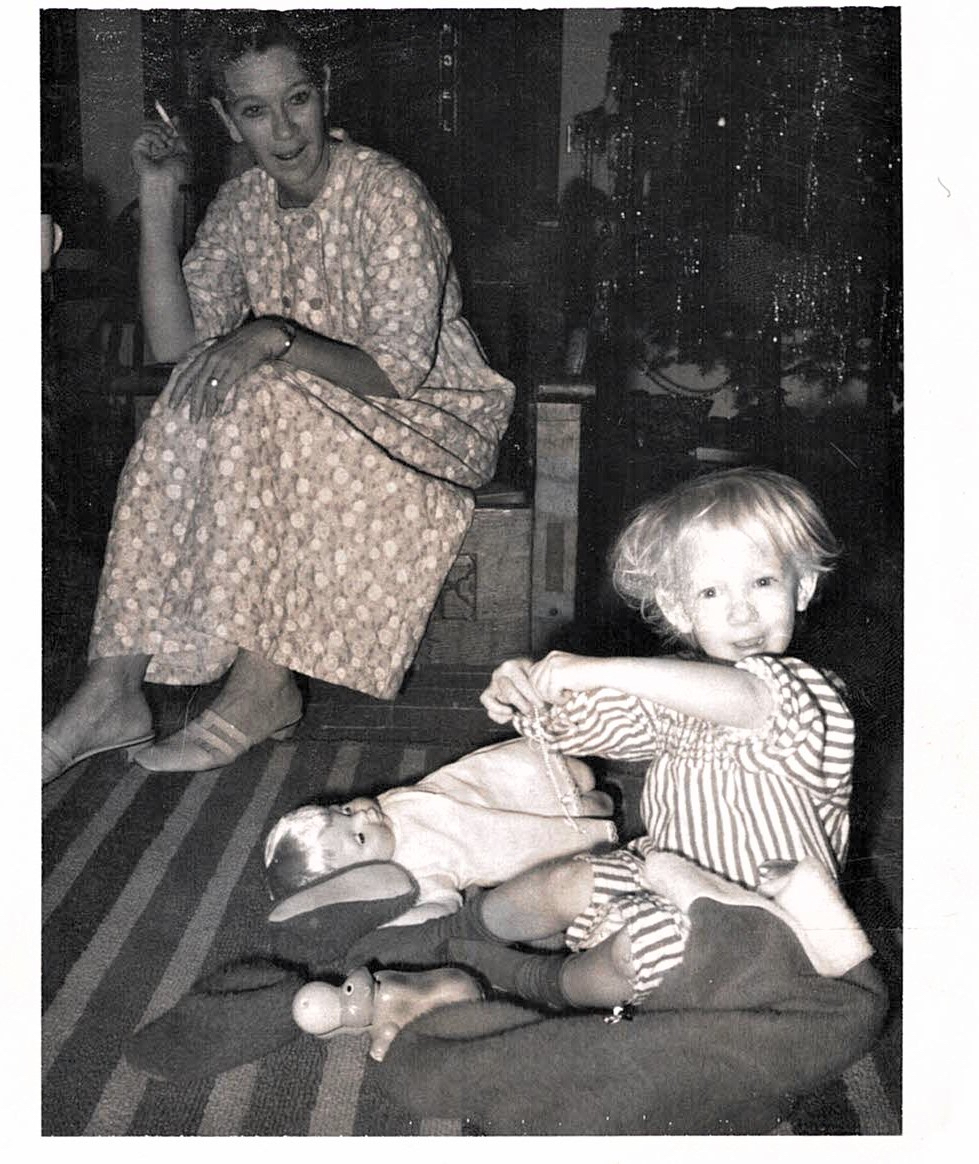 I was relieved in a way, but in most ways that counted, the thing I felt was anger. How dare she leave? After putting us through so much? With only a few days’ notice? If I called her, she acted like it was a hassle to talk to me. She only called if she was drunk and mostly only to bitch at me about something. She demanded that I visit, but I didn’t want to take time from work, and I didn’t really relish the idea of seeing her. She grew angrier and angrier that I did not visit. She drank more and more, her husband walked out (that was predictable, how could it have surprised her so much?) and then she was alone. Very alone, miles and miles from anyone she knew, and with a severe drinking problem. I suppose it was also predictable that a con man would find her and take everything she had.

Well, then I went to see her, of course. I found a shell, hard to recognise. I hadn’t seen her or spoken to her in years. She was not herself. This woman was sober and polite – and completely out of her mind. She was loopy with dementia, brought on by the decades of heavy drinking. When we told her that her good buddy had taken her house and all of her money, she remarked, “I can’t believe it. He wasn’t even all that bright.” But five seconds later she was in love with him again, her real son who took such good care of her.

Well, right? I hadn’t been around, for sure. Someone had to bring her wine. Someone had to fetch her slippers. Someone had to be her friend. He was, indeed, all she had. This was his way: to find an old lady in distress and convince her he was her everything. He had changed her phone number – I could not have called her if I had wanted to. He took her computer away. Then he left her in the home with no identification. He told them she had no family. Yet here we were, the family, fighting to get everything back from him – so she could give the scraps to me instead. Me, though I had done nothing for her in years. Because even an estranged daughter is something, I was more deserving of scraps than he, right? So here I was, looking at her gentle smiling little toothless face and trying to reconcile it with the mother I had known. Why was she so nice and peaceful now that she had no mind left? Peace, apparently, is easier to find when you have no thoughts.

During the year this battle took, and during the months that followed my mother’s inevitable death, people asked what was going on – asked as though I could answer or as though my answer could be simple. Neat. A tidy little response they would have appreciated: ah, yes. Mother took ill last summer. She’s been fading fast. It’s a tough time, yep. So sad, what a little trooper she is.

But my answers were always these furious, panicky diatribes. You have no idea! This man! What he did! This mother! What she did! My great and intractable anger knows no bounds! But people did not, truly, have any idea why I was so angry. I kept trying to explain. “But she’s your mother,” people replied. As if that made a difference. “She’s your mother, of course you love her.” Or, “It’s so hard when the child has to become the parent.”

No, I said. That was not my problem. I mashed the worms; I wanted to scream. I did not mind taking responsibility. 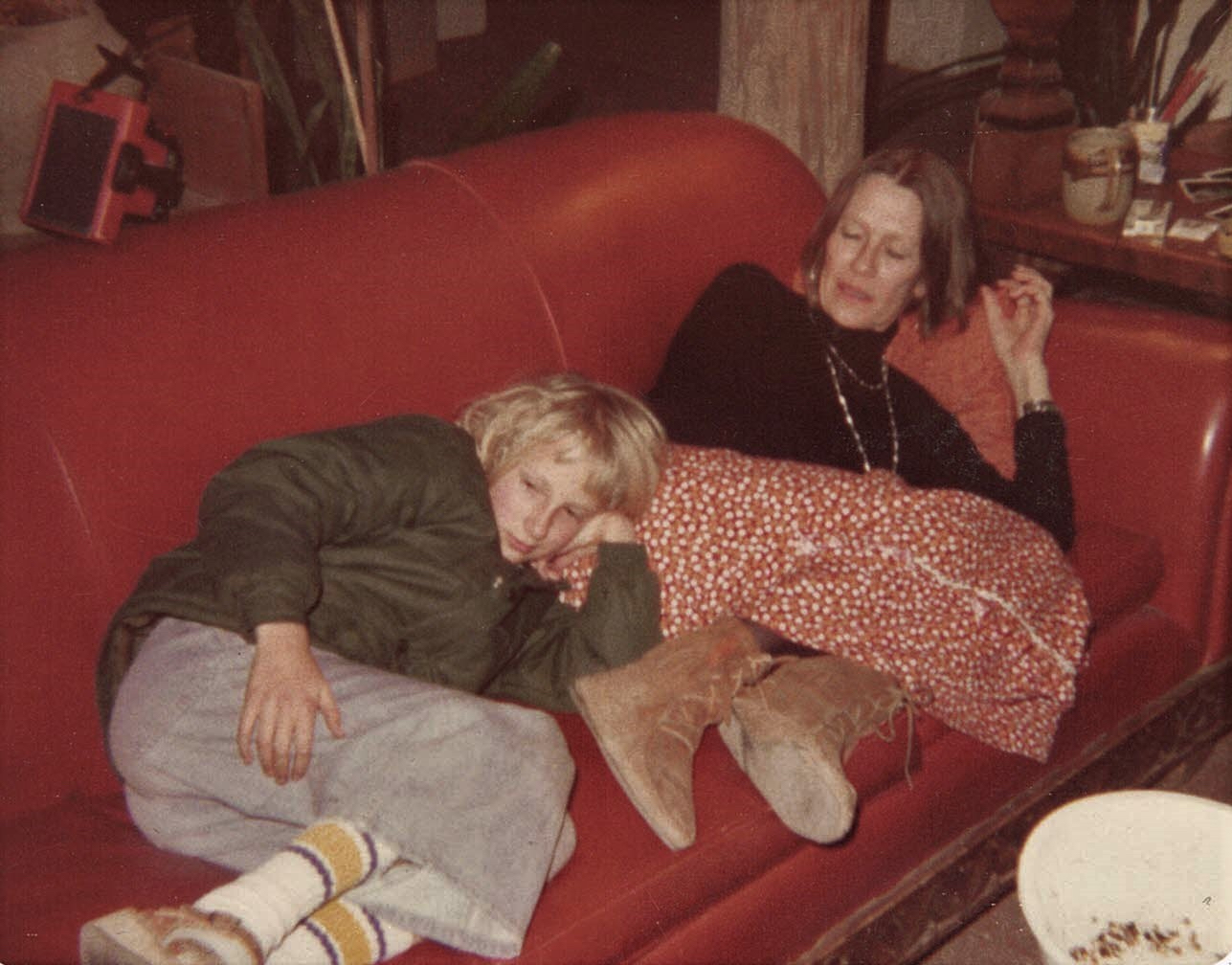 Irresponsible parents raise hyper-responsible children. I was used to that.  It wasn’t that. It wasn’t that I had to become responsible, but she had never once wanted to be. That was what was so galling. I had to explain in more detail; the specifics, the particular ironies that were plaguing me.  Eventually, I realised it was a whole story, and then I knew I should write it down.

Rescuing Barbara is the story of my complete failure to rescue a woman who had clamoured for rescuing all her life. She had looked for rescue in every avenue she passed; surely here there would be salvation, surely this will be the thing to give her life meaning and peace. But it was never there. Nothing could do it because everywhere she looked, she found only herself. There was no rescue from that.

Rescuing Barbara by Cass J. McMain is published by Holland House Books and is priced at £7.99