'I went to a sex club after my divorce'

After her divorce, one woman decided to visit a sex club. The results surprised her

The room was dim and the bum of one man was going up and down at an impressively fast cadence as he plunged into a young blonde woman with her legs in the air. Another woman with curly red hair reclined on a loveseat, pleasured by two blokes (breasts and a region further south). But the woman who caught my eye was sitting on the lap of a man, leaning straight-arm on her knees. Her black hair fell in sheets on either side of her face, her pretty face was composed, neutral.

The man on whose lap she perched was handsome, in a normal, somewhat forgettable way – greying but not old, fit but not muscled. They were sitting on a chair within touching distance of a giant bed, watching several more couples have noisy sex in a variety of positions. Around the edges, on deep sofas and overstuffed chairs couples caressed, canoodled and copulated. The sounds of moans, gasps, grunts and Yes filled the room. The flatteringly dim light highlighted every manner of breasts, bums and erections.

Even amid this debauchery, I couldn’t stop looking at that woman. That was because, along with a black push-up bra, she was wearing fishnets. These might seem like standard fare at a sex party, but this was not stockings or hold-ups. These went up to an elastic waistband, with nothing underneath. “Huh,” I thought as we walked past her to find an empty spot on a sofa. “I never knew pantyhose could be sexy.”

What you can learn at a sex club

Swinging, key parties and me?

Of course you hear stories: suburban couples holding key parties, pampas grass in the front garden to indicate you like to swing, nutty sexual practices held in dinghy downtown lairs or upscale perverted penthouses. I had had my share of modest sexual adventures, spurred by curiosity and, well, feminism.

As a teenager and twentysomething, the double standard for women made me furious. Why should girls who enjoyed sex be “sluts” while boys are “studs”? Everyone agrees it’s stupid; but nobody seems to change their thinking (including some women). Having good guilt-free sex was something I did not just for myself, but for the sisterhood, I thought.

While I suspected in my younger years that I might be a more adventuresome then some other women, one thing always kept centre stage: monogamy. I toyed with the idea of threesomes but the few boyfriends who broached the subject did it only at the tail-end of the relationships, when I felt they were slipping through my fingers already. The idea of being sidelined in my own bedroom was unbearable.

When we divorced after 20 years of marriage, it was because of money, diverging interests, lives going in different directions rather than sex. I spent months of my separation worrying that as a woman in her late 40s my sex life would become increasingly impoverished. I might find someone else willing to sleep with me and my less attractive body, possibly under the covers with the lights out. That period was followed by a year spent yearning for stability, internal quietude, a room of my own. It wasn’t until I started seeing another man (friendly, regular, casual) that something awakened.

We’d been seeing each other for six months when he nuzzled my neck and whispered in my ear, ‘I’d love to go to a sex club with you.’ And for the first time I thought not of him, or what might happen to our relationship, or jealousy. I thought about whether I would like it. What would visiting a sex club be like for me. What would I want to happen?

Steps to preparing for a sex club

So what do you do when your lover offers to take you to a sex club? Google ‘What’s it like to go to a sex club?’ Start doing sit-ups. Have extremely frank discussions about what we wanted from it, what we would and wouldn’t do – digging into specifics about hands, fingers, tongues, and, ahem, orifices.

Then we did another Google search, found an outfit that organises parties and signed up. I spent an inordinate amount of time shopping for lingerie. I cruised a website for advice on about how you politely insist on condoms for every activity, how you say no…and how you ask for a yes.

What happens at a sex club

Then we were at a party. With a bunch of other people who looked normal, who admitted they were nervous, who said they had thought about it too and like us were maybe just going to watch. We spent an hour wandering from room to room at the party during which we mostly marvelled that all these people had taken off their clothes and were having sex – RIGHT THERE! IN FRONT OF EVERYBODY! People of all sizes, ages. Everyone seemed appealing in their enthusiasm and appreciation of each other.

And the most important part: I wasn’t worried about his experience, his reaction, doing the emotional labour of anticipating its long-term consequences for us both. I simply thought about what I wanted, and I discovered what it was like to feel wanted in a whole new way. For example, by a handsome man 12 years younger than me who offered to go down on me.

Who goes to sex clubs?

The people we met made me want to celebrate sexuality in all its guises. We met a long-married grey-haired couple with loose bodies and big smiles who talked exuberantly about how they came every once in a while “to just enjoy the energy”. I chatted with a small group of young women who had come alone then gravitated together to chat, drink, kiss and ultimately have sex – with each other and other men and women they fancied. We met a young man who enjoyed dressing up in bunny suits for his foxy young girlfriend. She wore a corset and told me the best places to buy suspenders. I met a woman who told me it’s a good idea when you slip off your expensive lacy knickers, to wrap them around your wrist so they don’t go missing. “People won’t steal them but then can get kicked under something and you don’t want to crawl around on the floor looking for them.”

A new kind of midlife

Perhaps the most important thing I realised is that this period – midlife, after divorce, often characterised as a sexual wasteland to fill with sensible walking shoes, a Labrador and a pottery class – could  actually be an era of eroticism, pleasure…and enjoying my experience.

I’m not shy about insisting on best practices for sexual health. I’ve discovered I’m happy to direct a stranger with “a little to the left”, “more gently, please” and “could you use your fingers?” I’m also not afraid to close something down with “Thank you, I’m just watching.” 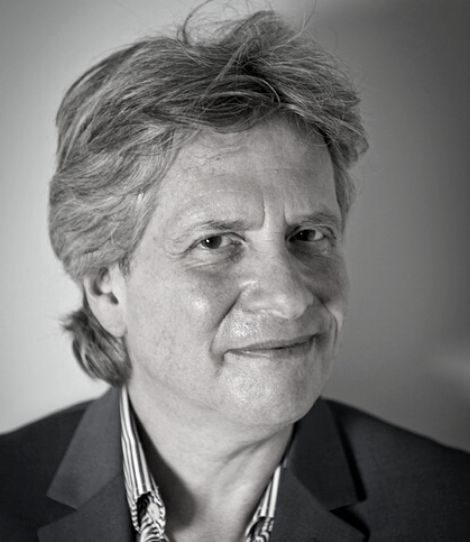 More about sex in midlifie