Getting ready for your long-awaited holiday? You'll need a great book. Let this list from Sam Baker, host of the Noon Book Club, be your guide.

The latest edition of Sam Baker’s book column, keep reading for her top picks of the month. The next Noon Book Club, featuring Rosanna Amaka on her book, The Book of Echoes, will be on August 24th – get your tickets here. 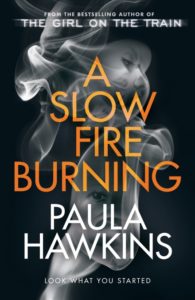 “Slow Fire” describes the way paper in books grows brittle – and increasingly flammable – over time. In short, as Paula (The Girl On The Train) Hawkins says in the epigraph to her third novel, “the paper has the seeds of its own destruction within its fibres.” If there’s a better description of trauma I’m yet to hear it, and Hawkins does it more than justice in this intelligent, nuanced suspense novel.

Laura is a loner, an outsider, “trouble.” So too, is Miriam, in her way. When she sees Laura leaving the scene of a brutal murder covered in blood, she could leap to the obvious conclusion. But Miriam, several decades Laura’s senior, learnt the hard way that things aren’t always how they seem. Carla, on the other hand, has gone out of her way to live life on the inside – so what would it take to push her outside society’s mores? If this all sounds quite oblique, it’s only because I don’t want to spoil a second of it for you. (Plus I don’t have remotely enough space to do the plot justice.)

Peopled with some of the best older female characters I’ve read since Charlotte Wood’s The Weekend, Hawkins asks (and ably answers) if we all have a slow fire burning, what will it take to make us combust? 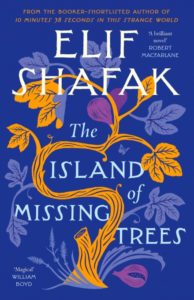 On the one hand this is a love story. Well, on the both hands actually. But as with everything Elif Shafak writes, it is so much more. Kostas and Defne are Greek and Turkish Cypriot teenagers when they meet and fall in love in a Cyprus about to be torn apart by the 1974 partition. Forty years later, in London, their daughter, Ada, attempts to unravel the story of their love and the family history that has always been hidden from her. But The Island of Missing Trees is also a heartfelt and compassionate examination of home, belonging and what it means to be an insider-outsider. To belong and not belong. To have a house but still be searching for a home. Be that emotional, physical, cultural or geographical. Shafak’s wonderful previous novel, 10 minutes 38 seconds In This Strange World was shortlisted for the Booker Prize. It will be a travesty if this one doesn’t follow suit.

The Country of Others, Leïla Slimani (5/8) 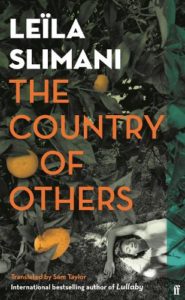 If you loved Leïla Slimani’s Lullaby, hold your horses right here, because while The Country of Others is 100% Slimani, all it has in common with her smash hit is its author’s deceptively simple, take-no-prisoners style. Where Lullaby was a concise gut punch, The Country of Others is the first volume in a three-part saga of one French family in the second half of the 20th century. Here, Mathilde falls in love with a Moroccan solder, Amine, who’s stationed in her town at the end of the Second World War, but when they marry and she follows him to his Moroccan home, life is very much not what she expected. Apparently based on Slimani’s own family history, this is an engrossing human story about being a woman in a world dominated by men. 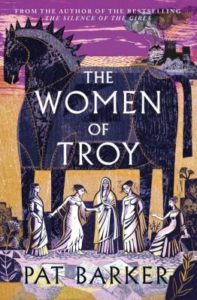 Pat Barker’s The Silence of the Girls was one of the first in the flurry of novels examining Greek mythology from a female perspective – but with one crucial difference. Barker didn’t turn it on its head and ask “what would Circe do?”, she simply put herself inside the heads of the women suffering (in the main) at the hands of the “great” Greek men and imagined life as it was for them. The Women of Troy picks up where The Silence of The Girls left off (but don’t let that put you off, it reads just as well as a standalone. Although if you’re about to head off on holiday why not take both?!). Troy has fallen, Helen is back with her husband (poor thing) and Briseis is trapped in the Greek encampment. Pregnant with Achilles’ child and forced into marriage, she sets about the biggest challenge of her life: surviving peacetime. 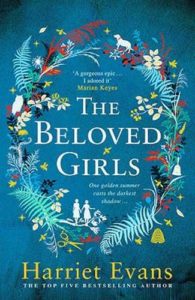 If August for you is a sun lounger, a nice cold glass of rosé and a thumping good read, have I got a treat for you. The Beloved Girls is THAT book. Catherine is a wildly successful lawyer with a gorgeous family and a (French) husband who even does housework, but things begin to unravel when she loses a big criminal case and then starts seeing the ghost of a figure from her childhood. Then, on the eve of her wedding anniversary, she vanishes. Back to the 80s we go, and orphaned 18-year-old Janey Lestrange is invited to spend the summer at Vane House, the sprawling West Country home of distant family friends. There she finds herself an unwilling participant in an ancient family ceremony that has repercussions through the decades. This is a completely absorbing time slip novel that has also – strangely – made me absolutely obsessive about bees! 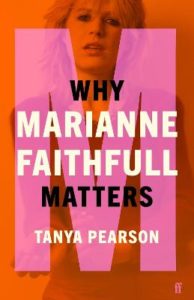 I was tempted to write, “she just does,” but that would be annoying and probably get me a cross email from my editor! Seriously though, it shouldn’t even be a question, let alone take a whole book to prove it. The truth is, though, that women being written out of art (and everything else TBF) has taken a long time to be redressed. Hot on the heels of Tracey Thorn’s brilliant My Rock’n’Roll Friend (a biography of her long friendship with The Go-Betweens drummer Lindy Morrison and the reality of being a woman in the male-dominated music industry) comes this, by turns affectionate and anger-fuelled, feminist look at Marianne Faithfull’s life and legacy. In the introduction, Pearson says “women are born cultural archaeologists, forced to mine for our histories.”  If this is the start of a wave of cultural archaeology books, bring it on.

How to get over being young, Charlotte Bauer (5/8)

This time last year there were two books on life as a midlife woman (Caitlin Moran’s More Than A Woman and The Shift, by me). Now you can’t move for them. Not that I’m saying that’s a bad thing, just that the publishing industry needs to deal with its tendency to only publish books when someone else has tested the water (ten times)… Anyhow, here’s another one, and it’s a highly entertaining journey from 50 to 60 in the company of journalist Charlotte Bauer as she tackles everything from looks to identity, mortality to marriage, sexuality to simmering (and not so simmering) rage, and draws some entertaining and eye opening conclusions. 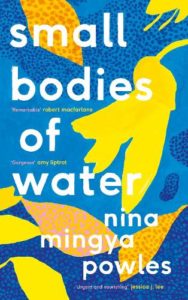 Since learning to swim as a small girl in Borneo, Nina Mingya Powles has been transported by water – the unpredictable waves of the New Zealand coastline, the comforting chill of Hampstead ponds, even the liquid that laps within us as the tidal waves of our hormones come and go. In this evocative collection of interconnected essays, she examines the ways bodies of water influence and shape us, our communities, our planets. If you’re a fan of nature writing, obsessed with wild swimming (or watching other people instagram it) or, frankly, just transported by a beautiful turn of phrase, Bodies of Water will speak to your heart. 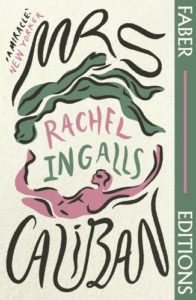 Lonely housewife Dorothy Caliban is trapped in a typical 1970s middle-American marriage. Her husband cheats. She’s mourning their lost son. And she’s so bloody sick of the housework. Then, one day, a six foot amphibian man, Larry, (stay with me!) turns up in her kitchen (on the lam from the Institute of Oceanographic Research). So begins a very unlikely story of love, longing and domesticity that, almost without you noticing, skewers mental health, trauma and resistance. First published in 1982 and named one of the most important American books since World War II, this is a VERY welcome reissue. Weird, funny, feminist, damn-near perfect. (Oh, and short!)

5 NEW PAPERBACKS TO LOOK OUT FOR

The latest from the author of the HBO smash hit, The Undoing, asks: what would you do if you were a blocked writer and stumbled across the perfect plot? The only problem is, it belongs to someone else. Quite literally… 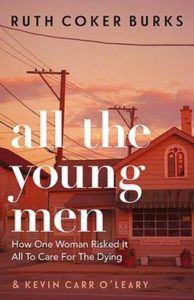 The astonishing life story of Ruth Coker Burks – who, as a young single mum in 80s Arkansas, risked everything to help young men dying with AIDS. A moving, insightful must-read. 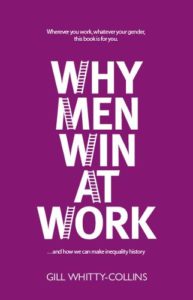 Like it says on the tin, Whitty-Collins’ straight-talking exploration of gender diversity at work combines psychology, experience, insight and advice to make for a really eye-opening read.

Essays about our relationship with nature and how that changes as it begins to vanish, from the author of H is for Hawk.

How much do we sacrifice for our families? For Eve Laing – once muse, now artist – the answer is pretty much everything. But now in midlife and wondering why the hell she did that (sound familiar?!) she decides to trash it all in pursuit of her art.

The Shift with Sam Baker podcast is available on Apple podcasts, Amazon music, Acast, Spotify and wherever you get your podcasts.
Twitter @sambaker
Instagram @theothersambaker
*This post contains affiliate links. 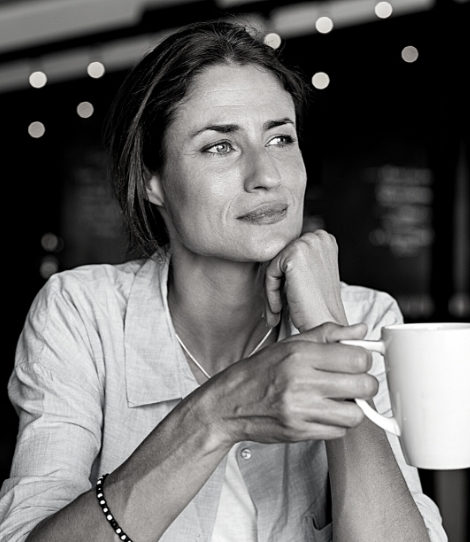 Discover the newest, great reads with this exclusive list from Sam Baker, host of the Noon Book Club.