The Feelgood Menopause 1: An introduction to what you need to know

Menopause is not well understood or managed for many women. Do you know the basic facts about when it occurs, symptoms and whether you'll get fat.

For something that happens to every woman, menopause is still a life event shrouded in myths and mystery. The symptoms are often not recognised by women (or their doctors) and therefore are undertreated and, until recently, have been something of a taboo subject.

“The impact of the menopause is still massively underestimated,” says Miss Tania Adib, a consultant obstetrician and gynecologist, who runs a menopause clinic at the private HCA Lister Hospital in London. “On a daily basis in clinic I will see women who say they want to quit their jobs, or they are losing their marriage because they can’t cope with their menopause symptoms. These can include brain fog, memory problems, anxiety, joint pain, depression, lack of sex drive, and insomnia, as well as hot flushes and night sweats.”

As many as 42 symptoms of the menopause have been identified. Other symptoms Adib has seen include burning mouth, dry eyes, and “a sensation of insects crawling under the skin”, as well as heart palpitations and vaginal dryness, itching and burning. “We don’t talk enough about all these sorts of problems,” she added. “They can be very debilitating.”

There is one statistic in particular that stands out: “One in four women going through the menopause say they’ve felt suicidal, such is the impact of their symptoms,” explains Dr Nighat Arif, an NHS GP and women’s health expert. “Another two out of four will have symptoms that impact their daily life.”

One in four women going through the menopause say they’ve felt suicidal, such is the impact of their symptoms.

Dr Arif says that while some women will sail through the menopause and only experience short-lived symptoms, others have multiple biological and psychological problems, some of which are severe and can last years.

“But midlife doesn’t have to be a depressing time,” added Dr Arif. “It’s also a time of regeneration and finding new opportunities. Some women are glad to be free of their periods, for instance, and looking forward to a new phase of their life.”

The good news is, there are ways of tackling menopause. The deficiency of hormones can be treated with hormone replacement therapy (HRT) or other treatments and lifestyle changes. In this report we want to bust some of the popular myths that persist about menopause and equip women with the facts and information to get the treatments and support they need.

Here, some top experts give straight answers to some of the most common questions.

When does the menopause happen and why?

The word menopause comes from the Greek words Mens (month or monthly cycle) and pausis (end, stop). Technically, menopause is defined as when you’ve gone a year without a period and the average age for this to happen in the UK is 51. This, of course, varies, but it is normally between the ages of 45 and 55.

It’s impossible to predict exactly when you’ll hit menopause: the age your mother was when she went through it and the date you started your periods are relevant, but there is a cocktail of lifestyle factors that can also influence the timing. These include smoking, alcohol intake, Body Mass Index (BMI), and physical activity levels, and whether you have children or not (more than one pregnancy may delay menopause). Studies show smokers can go through menopause significantly earlier and have a twofold increase of early menopause before the age of 45, compared to women who have never smoked.

Around one per cent of women will go through the menopause prematurely before the age of 40 (the youngest woman currently going through menopause in the UK is just 15). Women who have had a hysterectomy (removal of their womb) will go straight into menopause. Another cause of menopause is chemotherapy for cancer.

“The body is pre-programmed to enter menopause in mid-life, just as it is to trigger puberty,” explains Dr Arif. “As a result, levels of the sex hormones oestrogen, progesterone, and testosterone (all produced in the ovaries as part of the reproductive cycle) fluctuate and then decline as eggs are no longer released.”

Because there are oestrogen receptors all over the body, including in muscles and joints, the gut and the brain, the hormone fluctuations and declining levels start to cause symptoms.

What symptoms can I expect?

Hot flushes, night sweats, insomnia and mood swings are the most well-known symptoms of menopause, but who knew that there are officially 42 symptoms in all?

The hormonal upheaval can cause everything from thinning hair, dry eyes, tinnitus, and thyroid problems, to gut disorders such as bloating and diarrhea, joint and muscle pain, urinary tract infections and incontinence, heart palpitations, loss of sex drive, a creepy crawly sensation under the skin (known as formication), anxiety, brain fog, and memory problems. Other symptoms can include toothache and gum problems, burning tongue, vulval pain, painful sex, constipation, a change in body odour, and thyroid problems – no wonder women often feel they are falling apart or losing it mentally.

“What often happens is that because the symptoms are so wide ranging, women don’t connect them with the menopause and don’t seek medical help, or if they do some GPs don’t make the connection with the menopause either and they’ll end up being referred to multiple specialists for individual symptoms,” explains Dr Arif.

Women may not recognise menopause symptoms

Haitham Hamoda, a consultant gynecologist, clinical lead for London King’s College Hospital menopause service, and chairman of the British Menopause Society, agrees. “If a woman has hot flushes and night sweats she will recognise them as menopause symptoms,” he says. Other symptoms, however, might slip under the radar or be misdiagnosed: “if she is forgetting things and doesn’t have other menopause symptoms, she may worry she is developing dementia.” Sadly, he says, he hears this day in and day out.

“Those symptoms may be caused by other medical conditions , of course, but hormone deficiencies may also be an explanation,” added Dr Arif. Oestrogen, the main female sex hormone, is a lubricant: it lubricates the brain, the backs of our eyes, blood vessels, the skin and everywhere else in the body that has oestrogen receptors. It is also needed to make collagen, the scaffolding structure that keeps the skin plump, and promotes the activity of bone-building cells called osteoclasts. When levels start to drop this can cause symptoms such as brain fog and memory problems, itchy eyes, dry skin and vagina, and the fragile bone condition osteoporosis.

Low levels of testosterone may also cause loss of sex drive, and a drop in progesterone may cause headaches or migraines, vaginal dryness, and sore breasts as well as mood swings and anxiety. “Testosterone also drives energy, brain function, mental sharpness and muscle strength, so when levels fall this can have a dramatic effect,” says Tania Adib.

Do menopause symptoms last forever or eventually ease off?

Menopausal symptoms can last an average of four years, according to experts, but one in 10 women might experience them for 12 years after their last period.

“In most cases, the symptoms do ease off after a time as our bodies find the harmony of hormonal balance,” says Dr Arif. “Having said that, I do have one 92-year-old patient who still uses oestrogen gel as still she has symptoms, so how long symptoms last can be very individual.  Symptoms can also wax and wane – and come back after appearing to settle down.”

Does the menopause make you fat?

“The body is very clever and when the ovaries stop making as much oestrogen, fat cells in the body expand so that they can help make up some of the shortfall,” explains Dr Arif. “Therefore some women gain weight around the menopause and it can prove quite stubborn to shift.”

Eating healthily and exercising can definitely help. “I’m not saying women should just accept it, but if you’re experiencing weight gain during menopause you shouldn’t beat yourself up about it either,” she continues. “What I find in my GP practice with patients is that the extra weight does go eventually, but it can take about four years.”

What’s the perimenopause and when does it start?

Contrary to myth, women can experience menopausal symptoms when they are still having periods. Typically, this happens around the age of 40 to 42 during the perimenopause – aka the months and years leading up to the menopause – when hormone levels can fluctuate wildly.

Tania Adib said that women who are in the perimenopause and still having periods won’t realise that these symptoms are connected to the hormones. “Especially as they tend to start slowly – they might find they can’t exercise as much as they did previously or can’t focus at work as well. It creeps up and just becomes the new normal for them.”

If you’re under 45 and having these types of symptoms your GP may do a test for levels of a hormone called Follicle Stimulating Hormone (FSH) which stimulates the growth of eggs in the ovaries. But, because hormones fluctuate so much in the perimenopause even within one cycle, it’s not regarded as a reliable test.

Does being post-menopausal raise your risk of any diseases?

Oestrogen protects the lining of blood vessels, so post-menopausal women lose their protection against heart disease, and their risk of having a heart attack or stroke quickly catches up with the same risk for men.

Oestrogen is also believed to be protective against Alzheimer’s disease, providing a possible explanation for why dementia affects more women than men (who convert the testosterone they produce into oestrogen inside brain cells). Nothing has been proven yet, however. One study (in rats) found oestrogen increased connections in the area of the brain called the hippocampus, responsible for learning.

Lack of oestrogen also affects bone health: one in three women over 50 will develop fractures due to the fragile bone condition osteoporosis, where bones become porous and break more easily. “HRT has been shown to significantly reduce the risk of osteoporotic fractures and lead to a significant reduction in cardiovascular events and mortality,” said Haitham Hamoda. “There is an increased risk of breast cancer, but that is small.”

“The British Menopause Society is not saying every woman needs Hormone Replacement Therapy (HRT), but women shouldn’t be scared off it and be made aware of the benefits,” added Hamoda. “For the vast majority of women, the benefits will outweigh the risks. We want women to have access to accurate information and be supported to manage their symptoms.”

Next: The truth about HRT and menopause pharmaceuticals 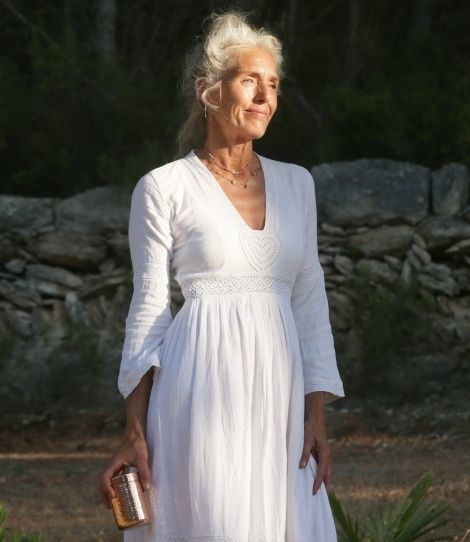 It’s not just physical symptoms. Menopause can bring about psychological symptoms that have long reaching effects. 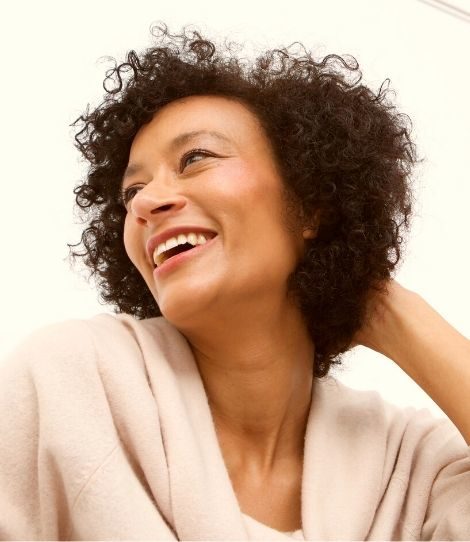 Wondering about HRT, how to ask for it and the risks? Get answers with Noon. 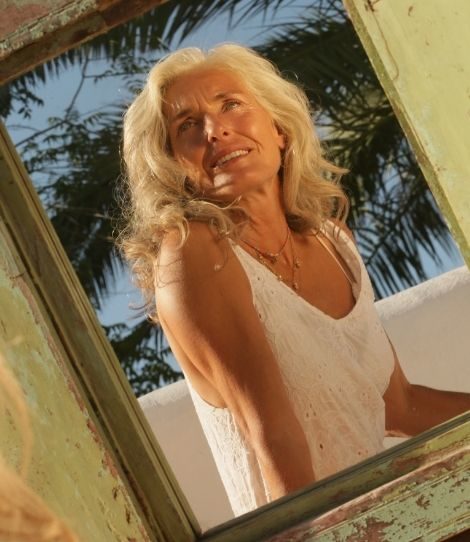 Feelgood Menopause 3: What type of HRT do you need?

There are a range of HRT treatments available, delivered in different ways. Find out which one is best for you. 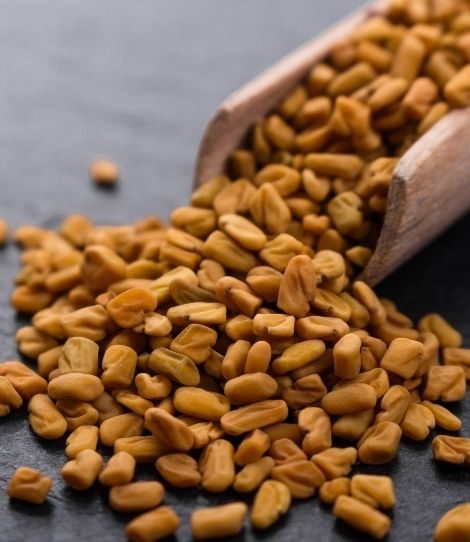 The Feelgood Menopause 5: The truth about menopause supplements

Can vitamins, minerals and herbal remedies and supplements ease symptoms of perimenopause and menopause? 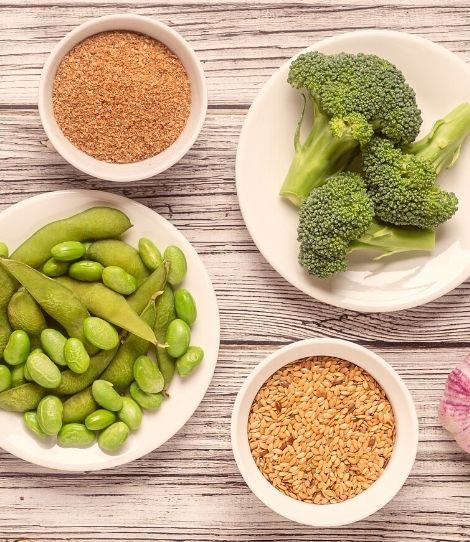 The Feelgood Menopause 6: What to eat pre and post menopause

Learn how to embrace the changes to your body before, during and after menopause and eat to feel and look better.