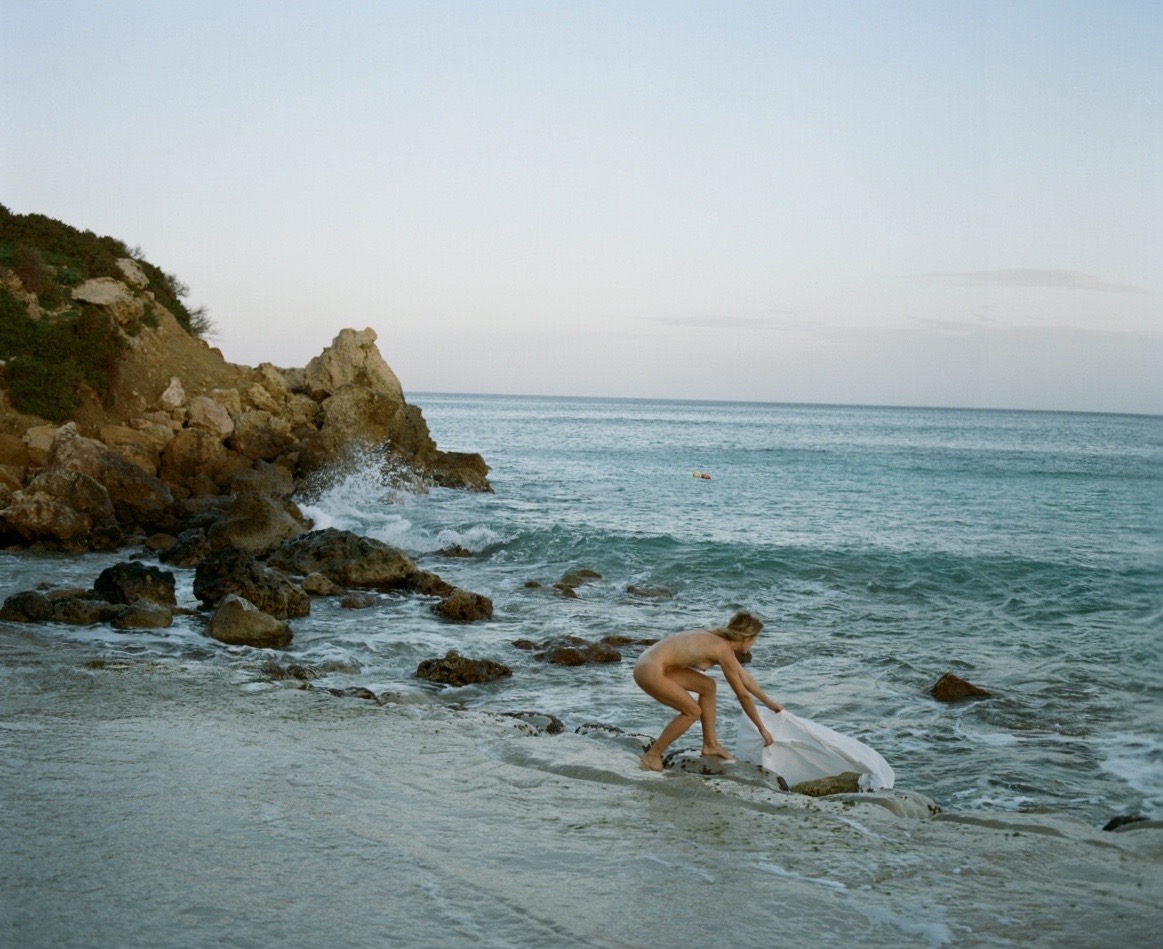 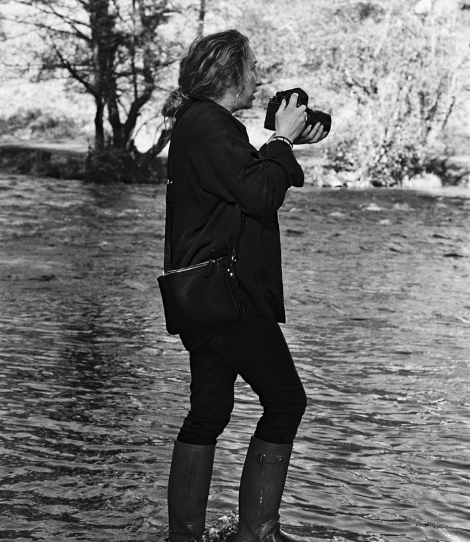 Amelia Troubridge is a woman with a story to tell. Entering into the male-dominated world of photography in the 90s, everyone told her she’d be “dead by 27.” In fact, she nearly was.

She quickly made a name for herself in photography and began by capturing the gritty culture of indie music, dance and drugs in Manchester at the time. Back then, much of the magazine photography was through the male lens, but as Troubridge turned to celebrity culture and portraiture, her work stood out from her peers.

Whatever and wherever the commission, she had an uncanny ability to find the story — “put me anywhere, and I’m like a pig in shit.” From the grunge of her award-winning social documentary story, Dublin’s Urban Cowboys, to the height of glamour, shooting the likes of Dita von Teese, she’s indeed seen it all.

There’s a darkness that comes with having seen it all, though, and having to fight to be taken seriously as a female photographer led Troubridge to act out in the form of substance abuse. She’s since become completely sober.

Then came her book, Joan of Arc Had Style, a study of womanhood. In it, she thoroughly acknowledges the multidimensional quality of women and captures that in her images. There’s a fierceness and strength, but also compassion and a vulnerability revealed to those they can trust.

Troubridge spoke to Noon about being a woman, sexual power and freedom.

A: I loved the idea that we weren’t in an office; weren’t detached from it all. Everyone said I would only last a year as a woman. When I started, most of the photographs you’d see in a magazine were done by a man.

As a photographer, you’re a storyteller. Do you find that you’re attracted to different stories now than you were when you started?

At the beginning, I was walking into a man’s world, so if I was going to succeed, I had to be masculine and strong and fight. I threw myself into a very insane way of living and being, but I was always called back to the compassionate female narrative. So then I sort of just evolved and changed. You live many lives as a woman: mother, step-mother, divorced woman, single mother. I’ve been and am all of those things.

Is there anything you look for in a person’s character or style when choosing the subject of a portrait?

A: No, I think I work with them. It’s a collaboration between two people. They can trust me. I can trust them. There’s a flow and energy to women. The process of taking photographs is still such an unplanned one. You never really know exactly where it’s going to go. It’s about trusting the moment and the energy between two people.

Your book, Joan of Arc Had Style, is a study of womanhood. What did it teach you about being a woman?

A: We are multifaceted. And we are all different. And we aren’t perfect. I think women have just completely changed in our generation — it’s so fast-moving the female narrative. As a woman, you have this power now. What do you do with that? I will spend my whole life understanding what it means to be a woman.

What have you learned about the challenges you face as a woman?

A: I thought being a woman in the 90s was easy. But I remember being horrified by the way Monica Lewinsky was treated with Bill Clinton. And understanding that we were all just these pieces in a man’s game and being quite fucked off about it. I started looking at the narrative for women, and the narratives put on me and other women in our society. And just try to heal that over a lifetime.

Can you talk about the themes of sexuality and power in your work?

A: I love women, I want to please women, and I was being paid to make women look great as well. And I am good at sexual power. And women use sexual power. Look at Kim Kardashian. Instagram is very much based on women using their sexual power to gain power. I did that really well. And then I moved away from that.

Was there a reason why you moved away?

How do you think your portrayal of women in midlife differs from the mainstream?

A: I think a commercial image is required for a commercial world. Imagery that is more approachable and clean, the same formula again and again. In the mainstream, it’s less about inner strength and a story, it doesn’t set out to challenge the viewer. It relies on make up, clothes, production. It’s less honest, less raw.

I decided a while back that I just wasn’t going to go down that road. A lot of my work is about honesty, and I’m unapologetic about strong women. I think strong women are amazing. And I need to show strong mothers, they don’t have to have careers, but they have to have so much strength to raise children in such difficult positions. I show women as the hero. My women image is very heroic. And I think we’re not used to seeing them as the hero. Usually, the image is more subservient, dream-like. When I capture women, I capture a little bit of their fierceness.

I think there is all sorts of imagery out there though if you look for it. You have alternative takes on women in art, on social media. But of middle aged women not so much. I don’t know why that is. Are we less able to show the world other sides to ourselves at this point in our lives? 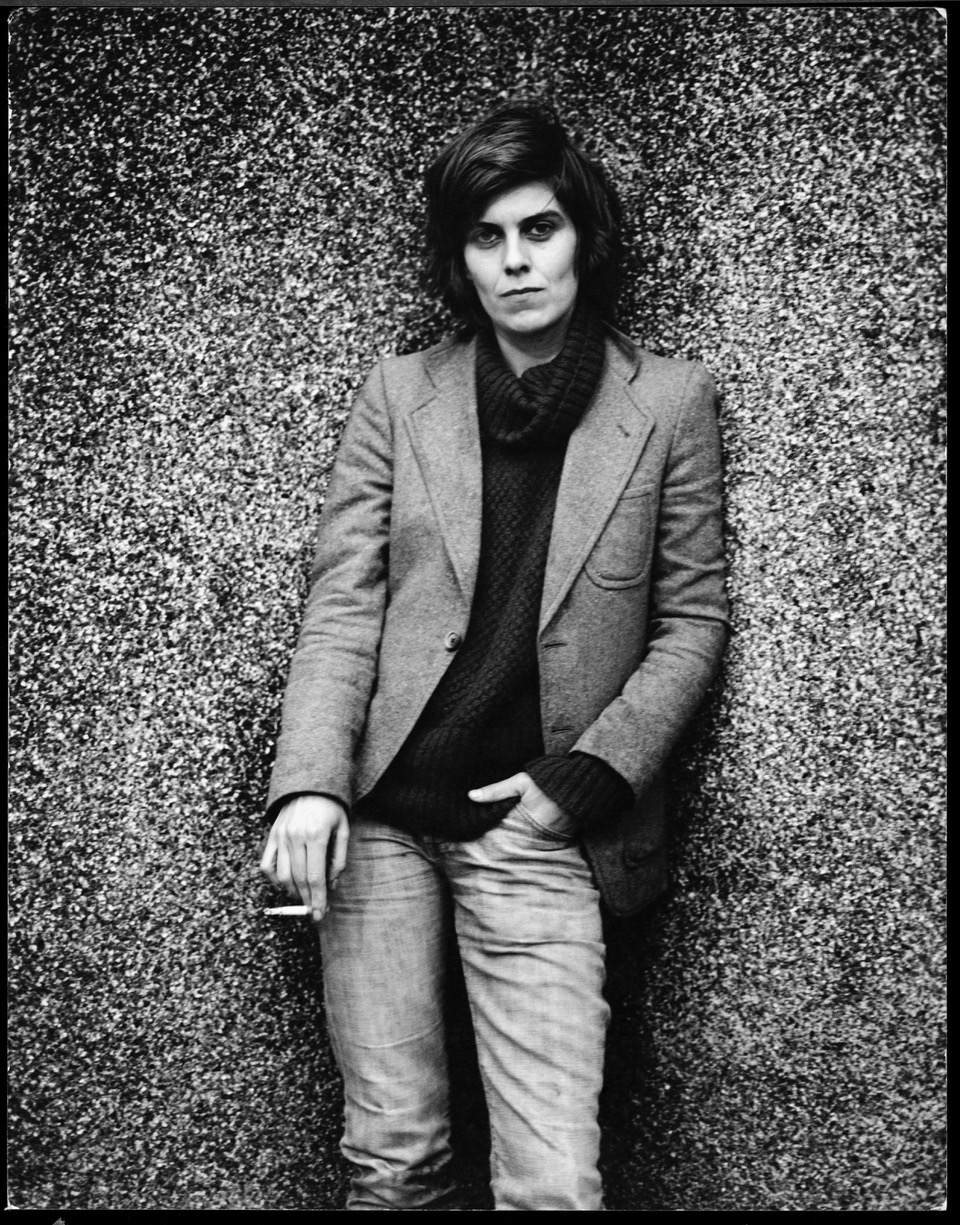 “I asked The Times Magazine to send me to Iceland. I’m very passionate about women being treated equally, and a strong society allows women’s power to be equal. So, that’s why I went to Iceland. It was like chasing the dream.” 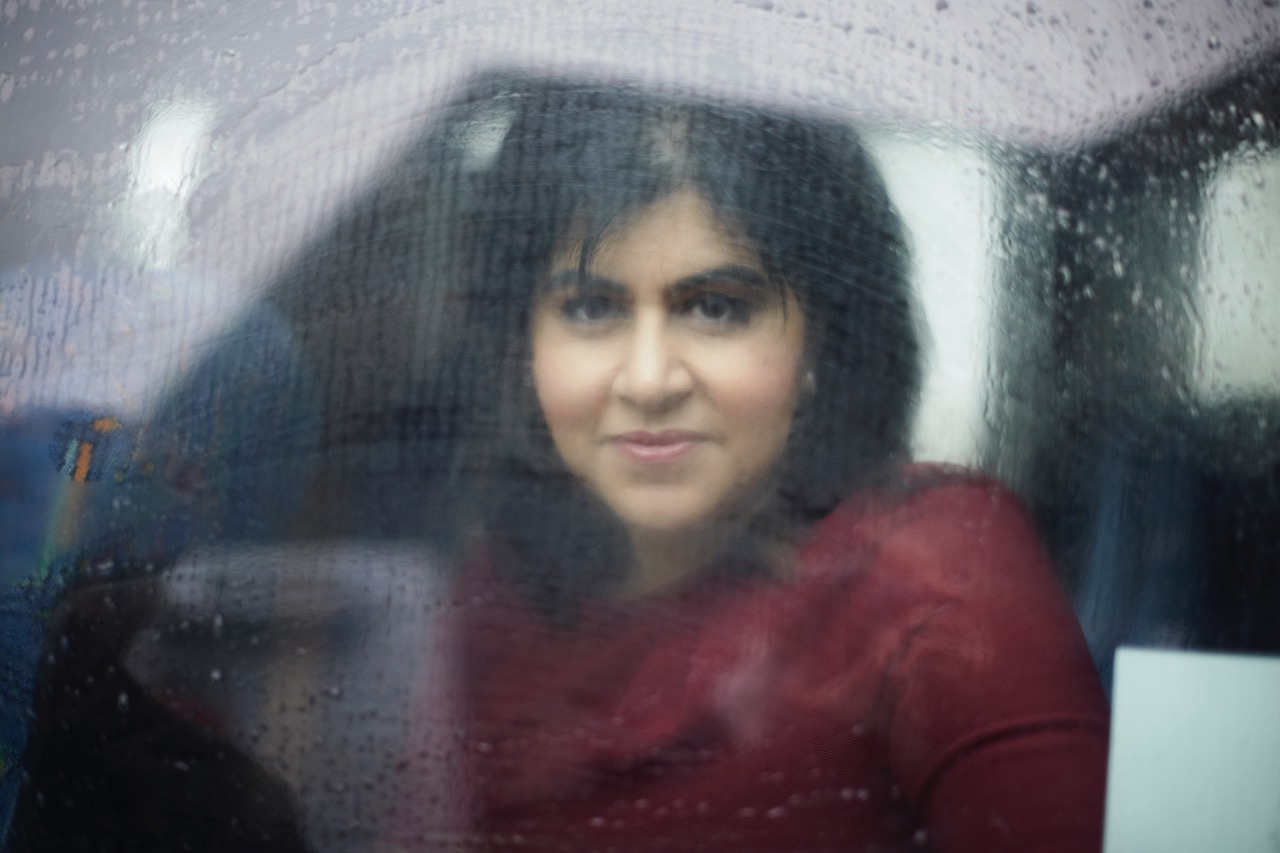 “It’s the everywoman and everyman image. We’re all humans. We’re all here on the same experience. So I love the idea that she’s on a bus. She’s a woman of power, and she’s in a bus.” 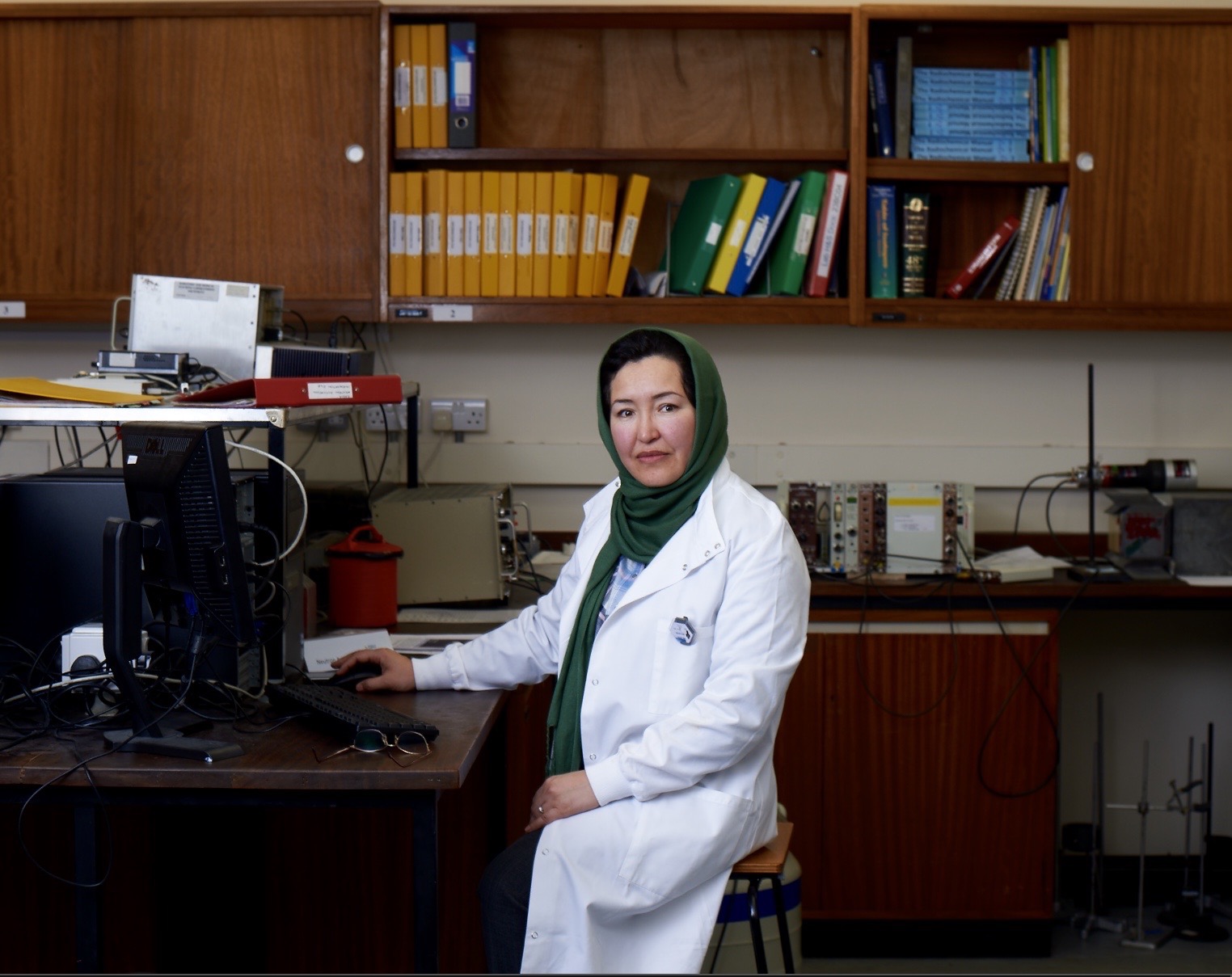 “She’s a refugee from Afghanistan who went to Iran then England. She’s a physicist who’s been working on a way that panes of glass can let in vitamin D. That’s fucking amazing. It’s about how hard it’s been for these women because they didn’t get the funding or support, and they were good enough.” 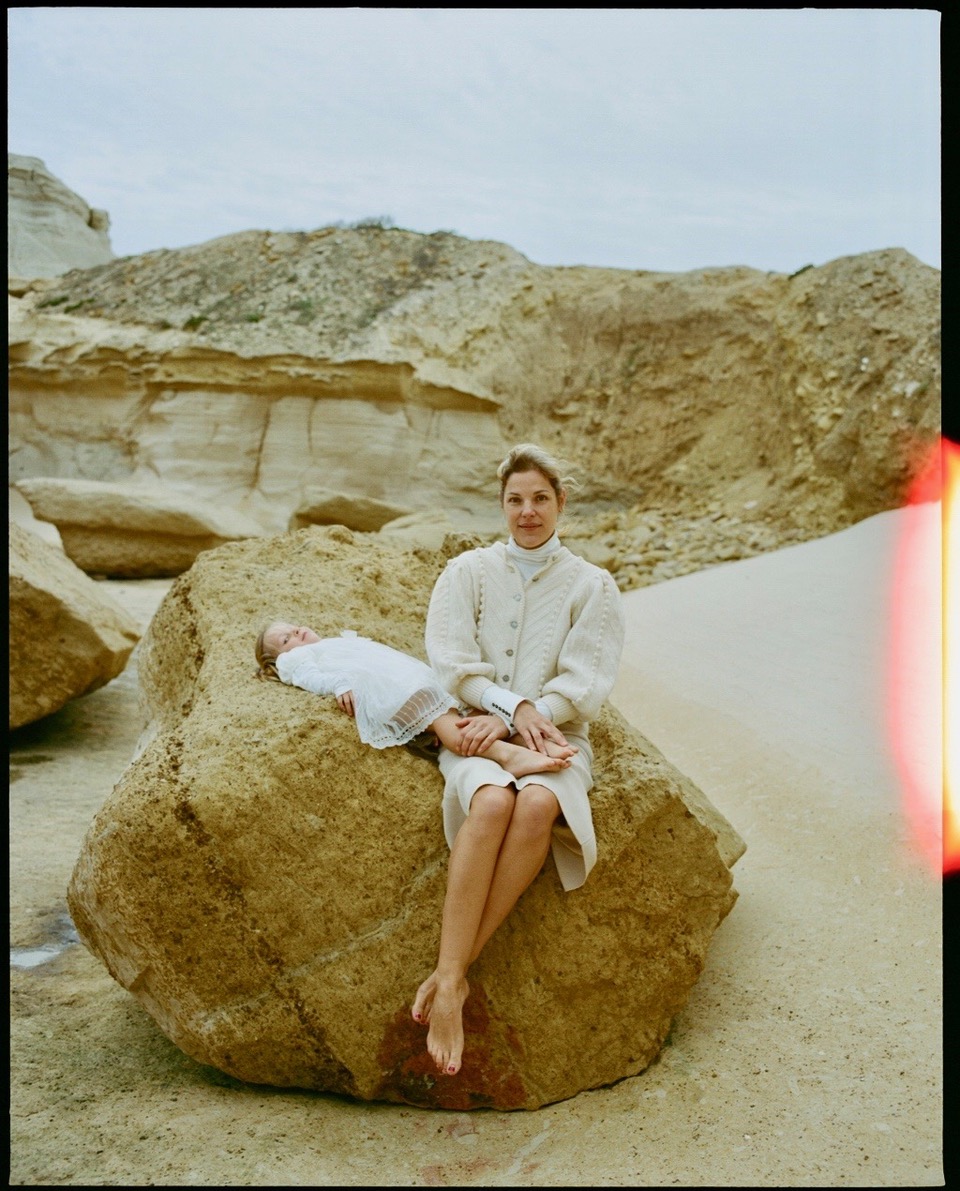 “This is about my own healing, how you have to let go of what doesn’t support you. She was a single mother, so it was also about being rejected by the other parent. The second image is about putting it all in the sea.” 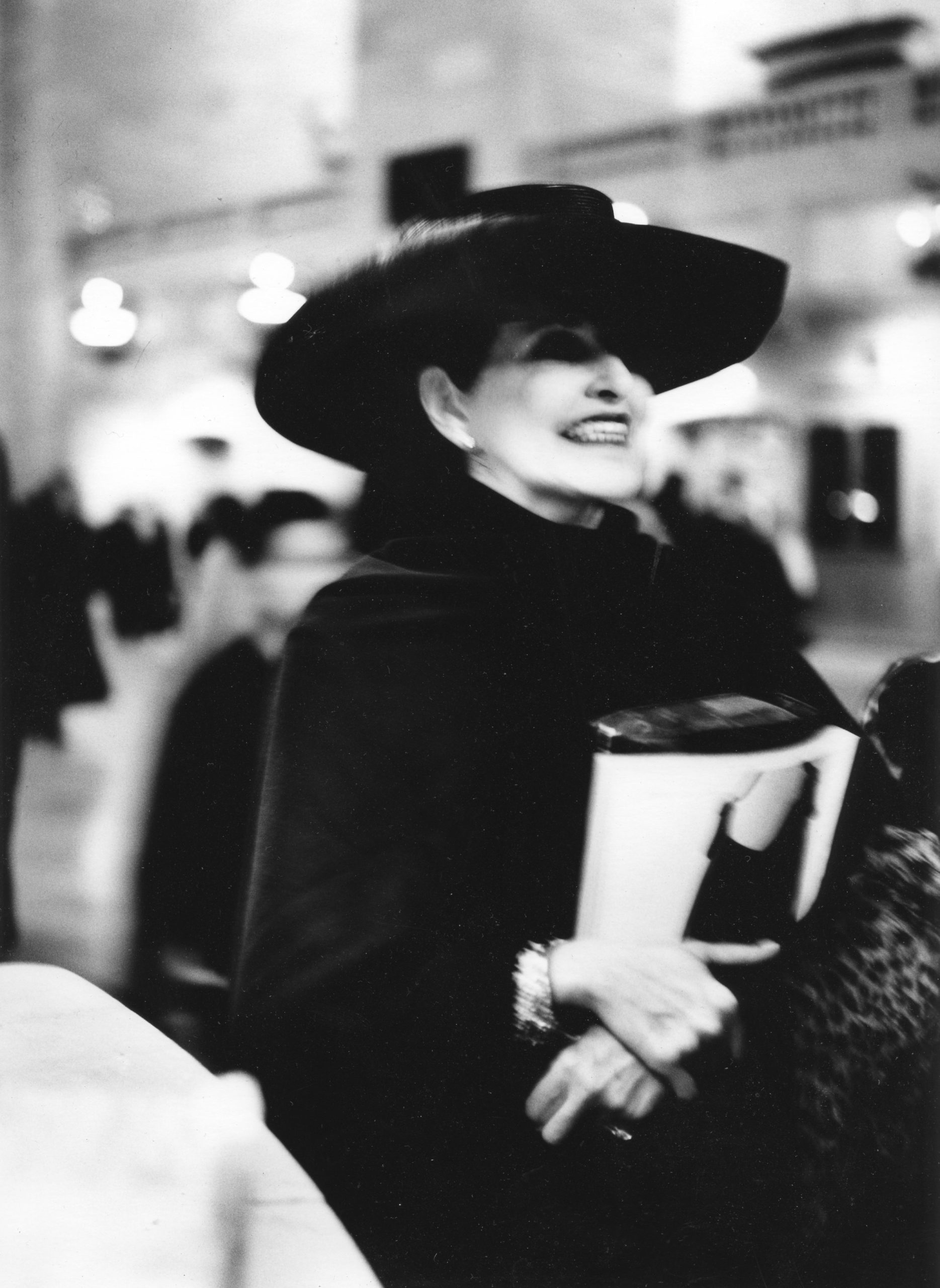 “That’s a woman that’s coming in from Connecticut to go to the theatre. She just had so much charisma and glamour.” 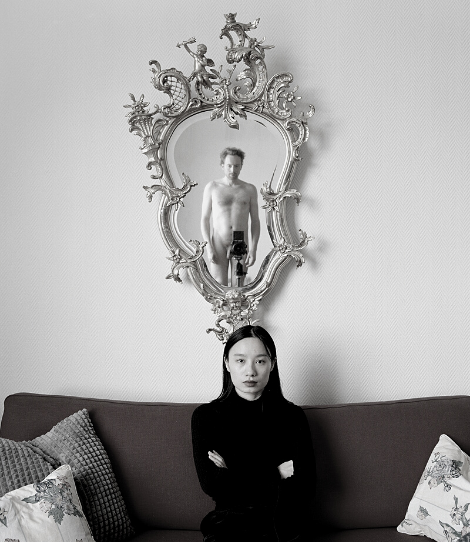 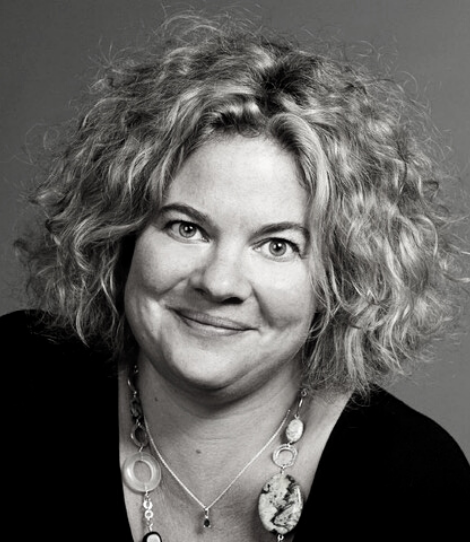 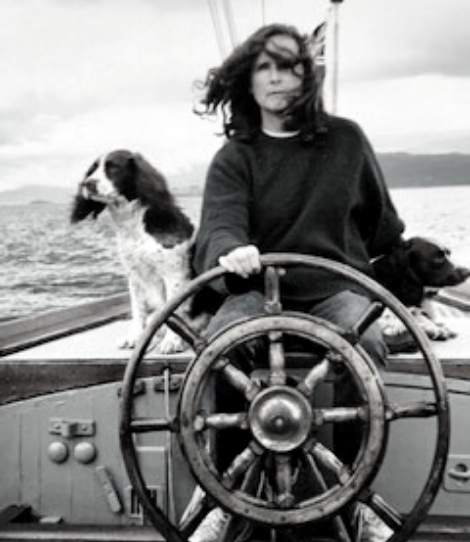