Peggy Reynolds was in midlife when she started thinking about becoming a parent. It was all about her personal journey. Then she met her daughter and things changed. Her book The Wild Track: Adopting, Mothering, Belonging was published in paperback on 24 February 2022. Here, she writes about the process of becoming a mother. 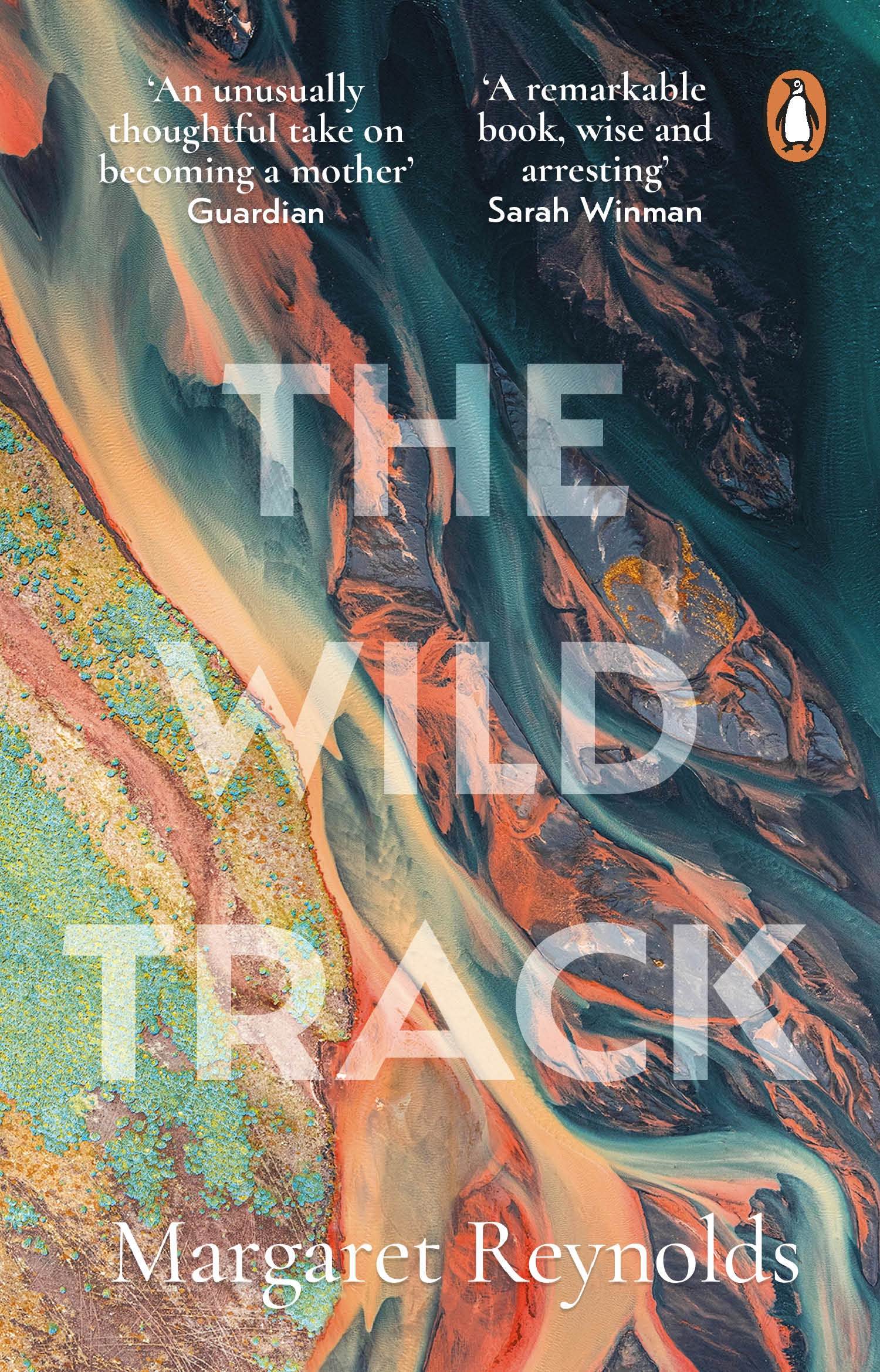 Twenty years ago, in the middle of my journey through life, I awoke to find myself, like Dante, alone in a dark wood. I was 45 and newly single because my partner of some years had decided on a different life. I lost my home and many friends. I had nowhere to keep my old pony Billy. But I had a good job, meaningful work and I had my health. Gradually, painfully, I pieced it all back together. A bought a new house, I found a field for Billy. I sought out the people who were kind to me, who made me feel stronger.

Then one day, as the grief began to fade, I realised that this was an opportunity. I needed to consult no one, I could please myself. And what I wanted, then quite clear to me, was a child. This is going to sound very selfish. And so it was. I thought about me. To begin with, I gave no thought whatsoever to that child.

But how was I going to do it? I had no partner and, more to the point, I did not have a body that could supply a child because I had long since experienced an early menopause. In this day and age, neither of those problems was insurmountable. But did I want to put myself through the physical and emotional challenges of IVF? As I considered the options, it became apparent that adoption was the answer. There were many false starts, many dead ends, but eventually this became a focussed choice and a first choice.

It was still about me. But it was all restorative, positive, life-enhancing even. I attended courses to prepare to become a prospective adopter. Some of these were required, others I signed up for because they looked interesting and helpful. Here, I met new people also travelling these paths. I volunteered at a local nursery recommended by a neighbour in order to learn more about children in the everyday. I confided my hopes and wishes to the other women teaching there. In this way I acquired more new friends.

I also trained to become an Independent Visitor for Looked After Children and was matched with Tiana, a 14-year-old with more than her fair share of life’s unfairnesses, living in a residential home. Just before Christmas, my 6-year-old niece came to stay for a few days before the festivities. On the day, we set out to drive back to her parent’s house. Thirty minutes in and she threw up all over her best velvet dress. I pulled over into a lay-by, cleaned up as best I could, gave her a drink of water and helped her don pyjamas (her choice).

When we arrived home, she bounced cheerfully out of the car. As I relayed the whole sorry story to my brother, he shrugged. “Good practice” was all the comfort I got. My family, my friends all saw me as a whole person. A whole person who was soon to become a parent. This became me. Self as prospective parent became my identity.

But the me bit no longer mattered quite so much. As I learned about all these children – some happy and settled, some sad and bemused – I became intrigued by the possibilities of therapeutic parenting. I wondered how much could be salvaged, solved, soothed and softened in the lives of children who had not had the best of starts, children who had not had the start in life that every child deserves, that should be the birth right of every child: calm, security, safe spaces, healthy relationships, respect and recognition. As the years went by, my perspective changed, and that swerve from concentrating on myself to focussing on the children in the world who are lost, sad, embattled and estranged became my keynote.

In the end, Felicity and her husband adopted a little boy from Russia. Lily adopted from China. Tim and Robert were matched with brothers, aged five and three. Then my social worker sent me a little photocopied picture of a five-year-old girl with very long fair hair. I pinned it to my bedroom door. I looked at it first thing in the morning and last thing at night. The family finder was, so my social worker told me, looking at four other possible placements. But, a week later, they chose me. This child needed, so their thinking went, a single parent to give her undivided attention and she needed someone who could support her intelligence.

Thinking of adoption from the child’s point of view 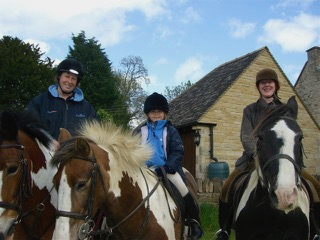 Peggy Reynolds, right, on her horse with her daughter, center

So this quest, which began by being so much about me and my needs, changed utterly. Now I was thinking all the time about the child. About my child. My child who was to be. I signed on the dotted line and agreed to take her. Yes, I had read her papers, I had met her foster parents, but I had never set eyes on her. She was 5 – very nearly 6. She had a personality, a history, feelings, thoughts and opinions. But she was not consulted in this process. She had no power, no agency, no choice. I began to think about this process not now from my point of view, but from hers.

It was May when the family finders decided on me as her best family. In July the Matching Panel endorsed that decision. At the beginning of August I met my daughter for the first time. At the end of August she came to live with me suddenly, irrevocably and forever.

It was ghastly at the beginning. It was ghastly in the middle. I cannot speak about the end, because now there will never be an end.

It was tough for me. But it was absolutely and entirely dreadful for her. I took her away from everything that she had ever known. I had begun this process for me. Because I wanted to be a mother. But now I knew that this was really all about her.

We managed. It was ghastly at the beginning. It was ghastly in the middle. I cannot speak about the end, because now there will never be an end. Somewhere in all of this horror and turmoil I came to love her, and she grew to love me. I was not always an ideal parent. I made many mistakes. I got a lot of things wrong. Yet at every stage she forgave me. She accepted me. The self that wanted to be a mother was what I had become, but more compromised, more ambiguous, more equivocal, more nuanced, more real than I had ever imagined.

But I was in the place where I wanted to be. In the days when we could still travel easily, my daughter and I were returning from a few days in Paris. Waiting in the queue to board the Eurostar, I noticed a woman ahead of me with two teenage girls who bickered amiably about who would carry what and swapped text messages from their friends. As my own teenager wrestled with the massive Christmas wreath we had been charged to take home, this woman looked up and smiled at me. I smiled back. And in that silent exchange of understanding were all the vistas of joy and purpose that I had ever hoped for in those dark days twenty years past.

My daughter is no longer a child. She is 19, a young woman starting out on the world. But I am her mother and she is my daughter. She still loves the things that I gave to her. She will blast out her Carole King albums and she relishes a night at the opera. But I have come to learn her things too. In the last two years we have rewatched all the Harry Potter films, every episode of Gilmore Girls, and, because she is studying Ancient History, we set out to visit every Roman site within driving distance.

Today my little family consists of my now very old pony in his own field behind the church, four cats – one of whom I am looking after for my niece’s daughter – my  daughter’s collie dog Faith, 9 hens and a cockerel, and of course my daughter herself. My daughter is not present for the moment because she is at university in Scotland. But she is suffering from Covid and isolating in her room, so we text at all hours and zoom twice a day.

We still live in the dark wood of this world with all its obscurities and puzzles and trials, but it is illumined by sunlight and candlelight and the bright flame of love between us.

More on family in midlife 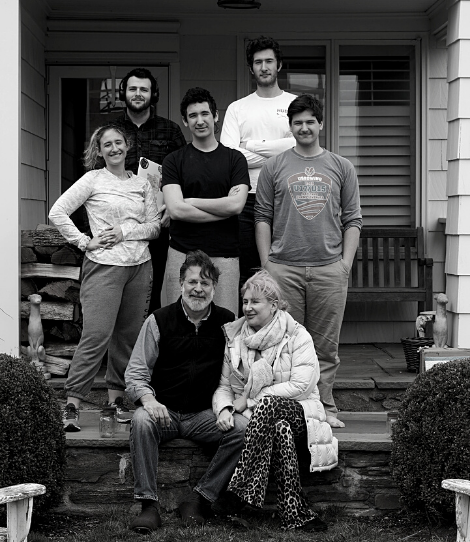 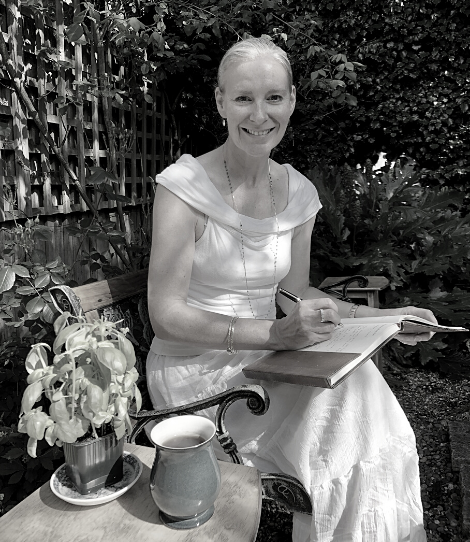 Why I’m childfree by choice

It’s a less typical road to choose not to have children. But it’s a path that can be embraced, says Kerensa Jennings. 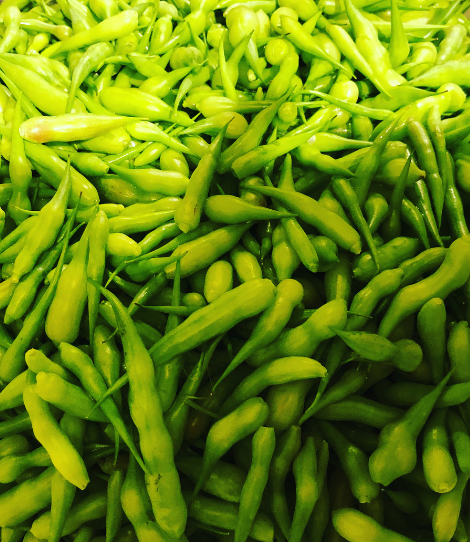 Moongre: The Indian vegetable that reminds me of family